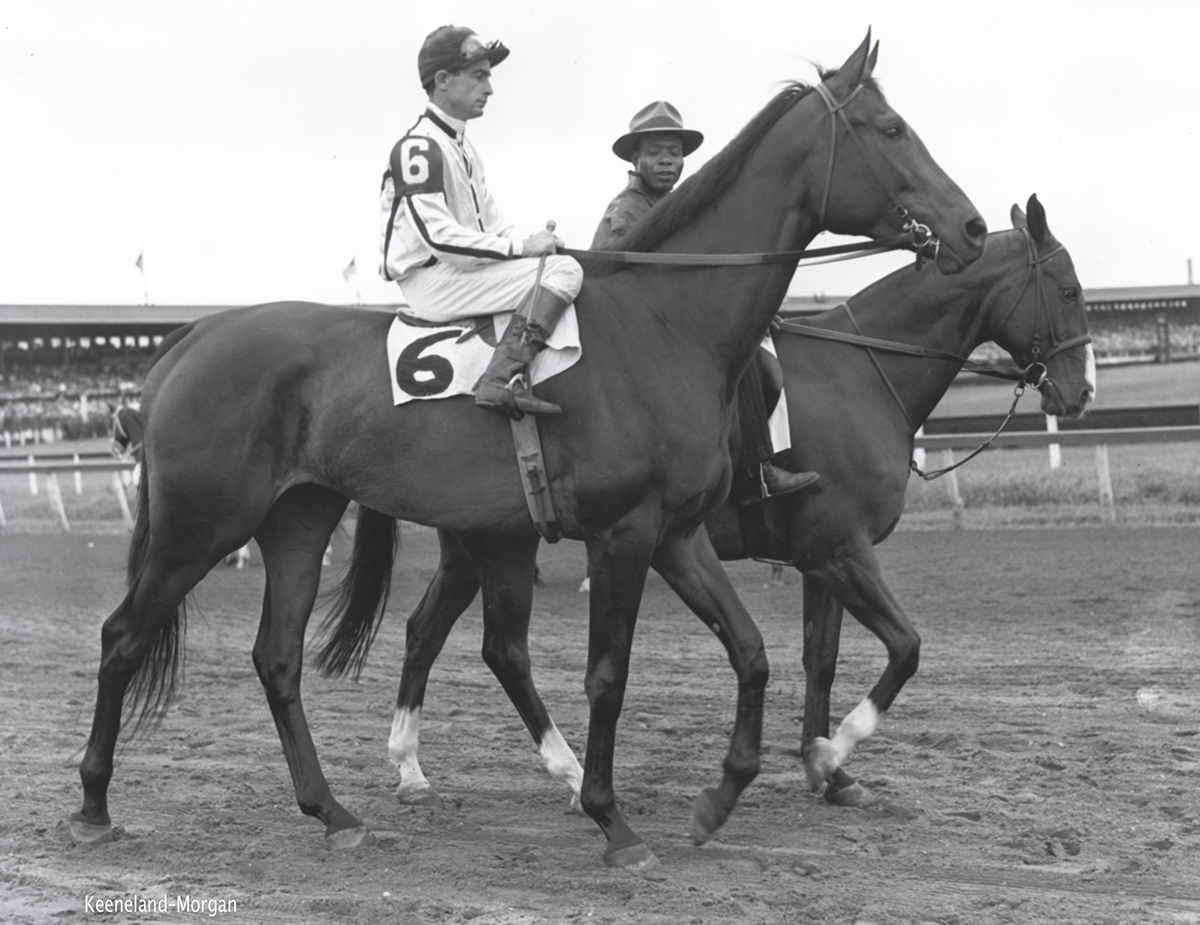 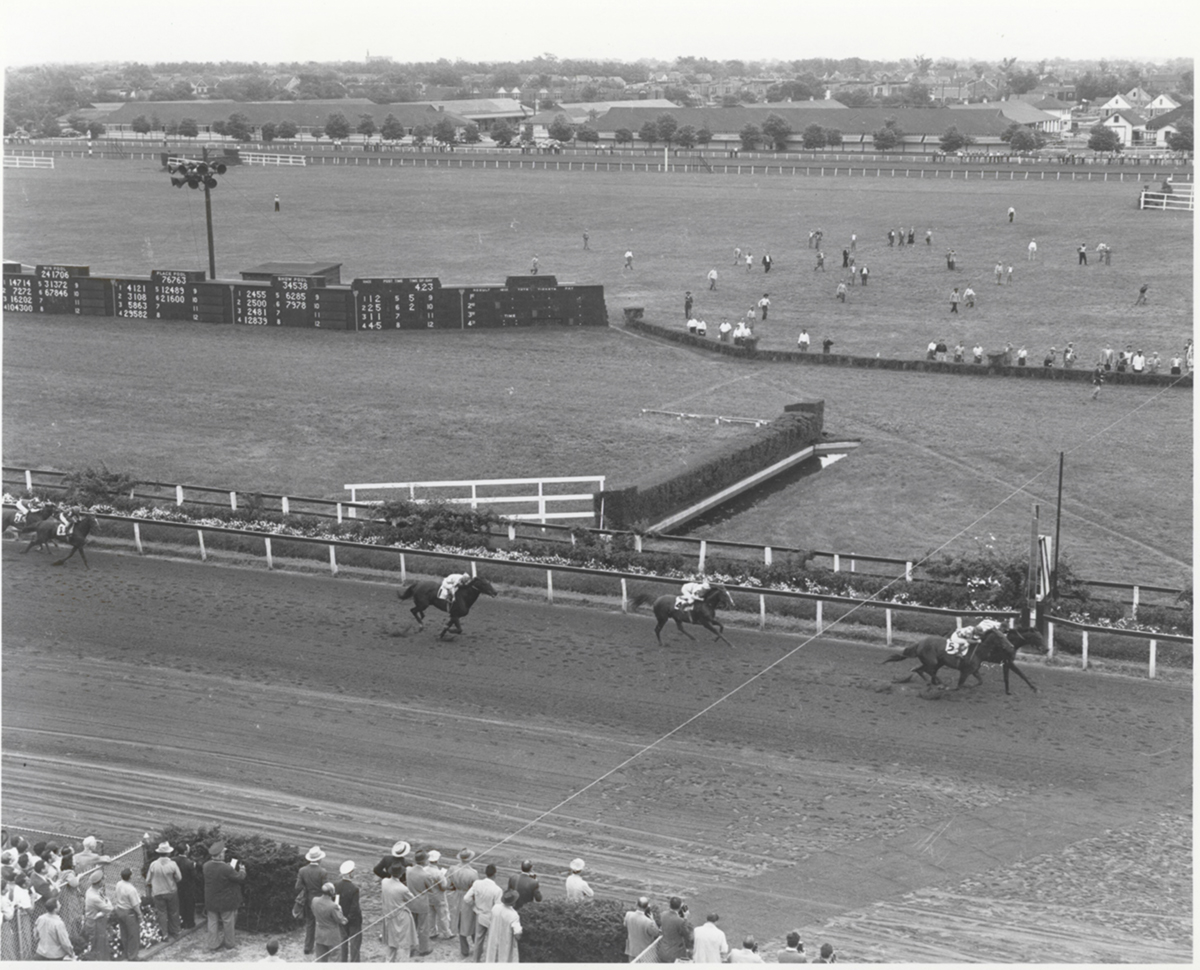 The result of two of Maryland’s greatest breeding programs, Harry LaMontagne’s Conniver – a plain brown filly by Sagamore Farm’s influential sire Discovery out of William L. Brann’s modest stakes winner The Schemer, by *Challenger II– was too big, lanky and awkward to be considered much of a prize. Bred by Alfred Vanderbilt, she was purchased by LaMontagne as a yearling in 1945 for $2,500 while Vanderbilt was serving in the war in the Pacific. When she didn’t win at 2 and showed little to excite in 19 starts at 3, the 17-hand filly was offered to steeplechase trainer and polo player Pete Bostwick, but the deal fell through. The next year she was the nation’s champion handicap mare.

Deemed to be “as hard and rugged” as her sire, Conniver put together an 18-start campaign in 1948 in which she faced a number of the decade’s top handicap horses – male and female. Based in New York with trainer William Post, she began the year working her way through the handicap ranks at Jamaica and Belmont Park. In seven starts from April through early June, she won five times and was third twice. When she made her first stakes start of the year, she faced champion and future National Hall of Famer Stymie in the Aqueduct Handicap.

In receipt of 13 pounds from the veteran handicap horse, the gawky filly took the lead from Double Jay down the stretch and battled Stymie when he made his move. “He [Stymie] found a highly obstinate filly,” wrote Joe Palmer in the American Race Horses annual review. Conniver was beaten a neck but “the race showed the highest kind of courage,” Palmer added.

Over the next two months, Conniver continued to rise to the occasion. The Vagrancy Handicap, one of four stakes against her own sex that year, saw her defeat Suburban Handicap winner Harmonica by five lengths. Next out she faced Stymie and champion Gallorette in the Brooklyn Handicap, her first attempt at a mile and a quarter. She fought Gallorette the length of the stretch and beat her by a head, with Stymie third. Other stakes wins came in the Beldame over Harmonica and Gallorette, and the Comely over that year’s champion 3-year-old filly Miss Request. Conniver was the richest distaffer of 1948 with $162,190 in earnings.

Conniver returned to win or place in five of 13 starts in 1949, highlighted by a victory in the Butler Handicap over Palestinian and a handicap score over Loser Weeper. She retired as the second-richest Maryland-bred mare of all time, behind Gallorette.

As a producer, Conniver had offspring much like herself. Her first two foals, Plotter and Clandestine (both by Double Jay), didn’t record their first stakes wins until 4. Her son Brooklyn Bridge (by Swaps) was also 4 when he placed in multiple stakes. But she has had fast and precocious descendants, including Canadian champion 2-year-old filly Deceit Dancer and Breeders’ Cup Sprint-G1 winner Very Subtle. A lasting legacy for a filly bred at the top level.