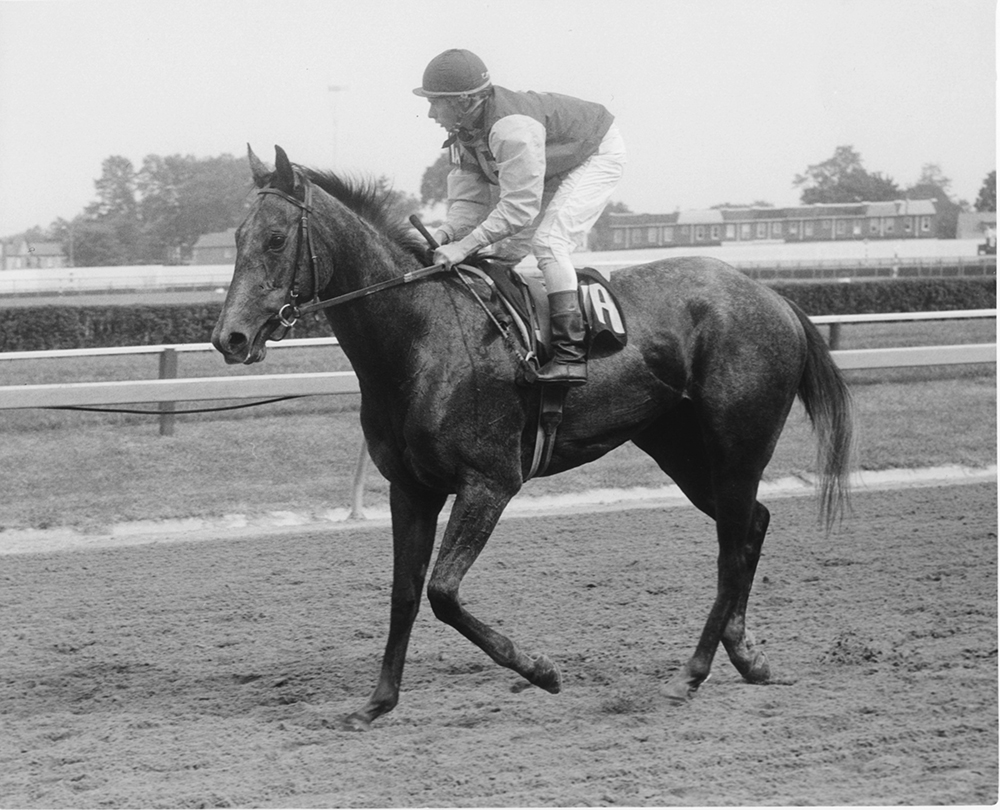 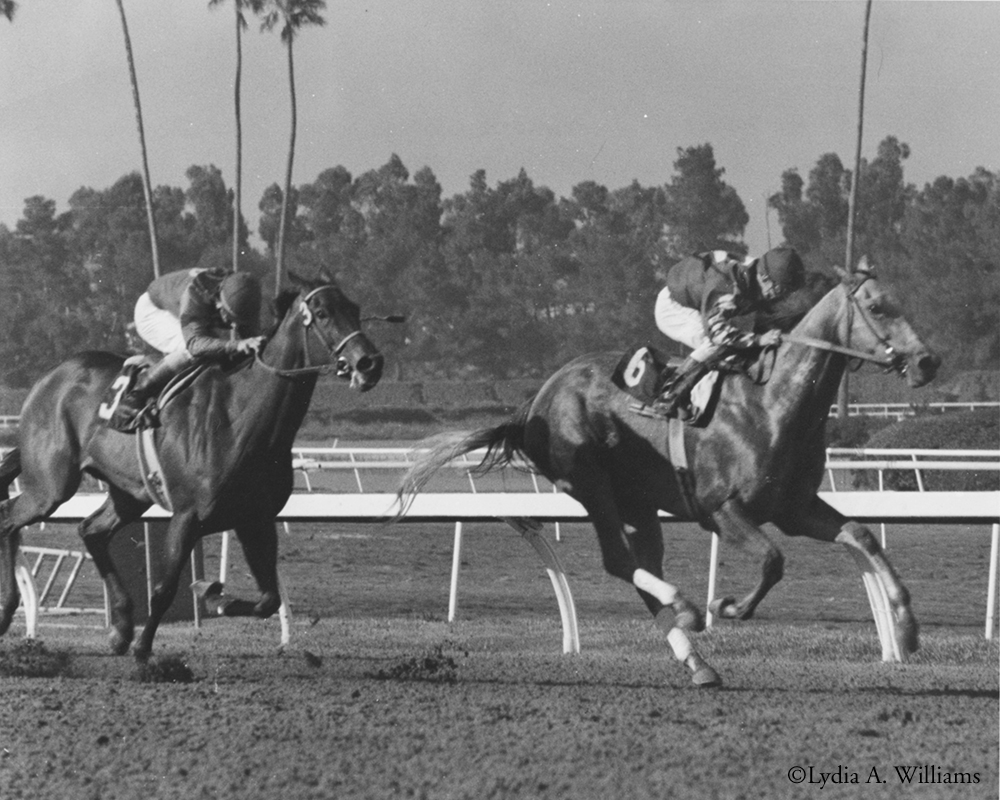 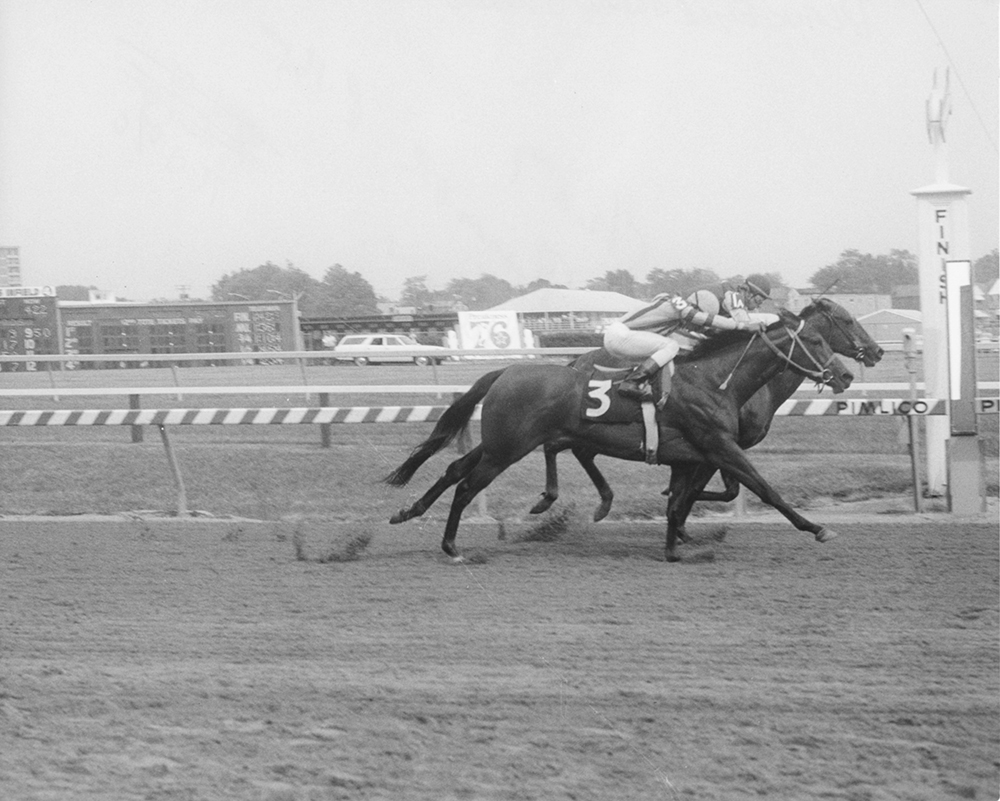 What a Summer was a filly who held her own against the boys, and the efforts earned her the Eclipse Award as the nation’s champion sprinter in 1977.

Few races in the 1970s tested speed and strength as the Fall Highweight Handicap, a 6-furlong fixture on the New York racing scene since 1914. A requirement for the race is that the racing secretary must assign at least 140 pounds to the top-weighted horse. When a filly takes on the boys, she isn’t given a break. What a Summer didn’t care.

She is the last two-time winner of the Fall Highweight – taking the 1977 and 1978 runnings when it was the richest sprint in the U.S. The first win came during her 4-year-old season in which she gave 11 pounds to runnerup Broadway Forli – 134 pounds to 123 – and won by 2 lengths. She captured six of eight sprint starts that year, including the Silver Spoon Handicap at Hollywood Park that summer after kicking off her season with a frontrunning score in Aqueduct’s Distaff Handicap-G3. She also won the 1-mile Grade 2 Maskette Handicap before finishing a game second in one of her rare distance attempts, the Grade 1 Beldame at a mile and a quarter. Her four championship season stakes wins were under Hall of Fame jockeys Eddie Maple, Bill Shoemaker and Jacinto Vasquez.

The gray daughter of What Luck was the best horse bred by longtime Maryland owner Milton Polinger, and he saw her promise early in her 3-year-old season when she won seven of her first eight starts in 1976, including the Grade 2 Black-Eyed Susan Stakes, with trainer Bud Delp. Polinger didn’t live long enough to accept her accolades as champion Maryland-bred 3-year-old filly however, as he died from complications following open heart surgery that December.

Diana Firestone was interested in the filly prior to Polinger’s death, and was the successful bidder at public auction at Hialeah in January 1977, taking her home for $275,000. LeRoy Jolley became the filly’s new trainer.

What a Summer had her busiest season at 5, making a dozen starts, and finished third or better 10 times. She was regularly asked to give weight to her rivals, and once again toted 134 pounds, including Hall of Fame jockey Angel Cordero, in winning the Fall Highweight, with runner-up Buckfinder getting five pounds. She won a second Silver Spoon and also captured Aqueduct’s First Flight Handicap, each under 126 pounds, and twice placed under 127 pounds.

Two of her best non-winning efforts were against males – when fourth in the Grade 1 Met Mile, finishing less than 3 lengths behind top-weighted winner Cox’s Ridge, but giving weight to the second and third-place finishers; and fighting through the stretch of the Vosburgh Handicap-G2 with Dr. Patches, who was in receipt of seven pounds, to finish less than a length back in second. Dr. Patches was named co-champion sprinter that year with J.O. Tobin.

What a Summer retired with a record of 31-18-6-3 and $479,161 after that 1978 season. Other accollades included being named 1977 Maryland-bred Horse of the Year, as well as earning state-bred titles as champion 3-year-old filly and champion older mare twice.

As a member of Bert and Diana Firestone’s broodmare band, What a Summer produced graded stakes winner Gather The Clan (Ire). Grade 1 winners Pure Clan and Sky Diva are descendants of that branch of the family.

What a Summer's Race Record