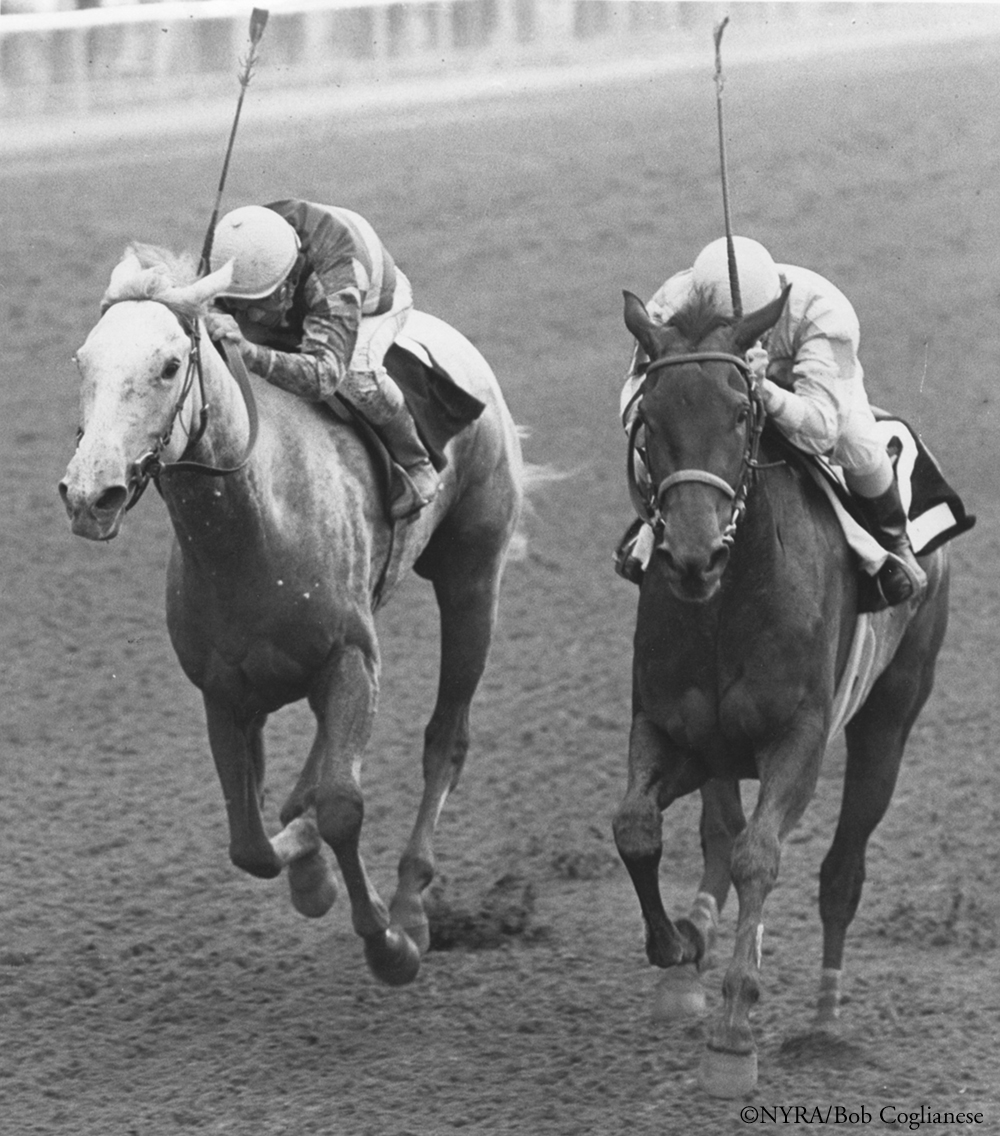 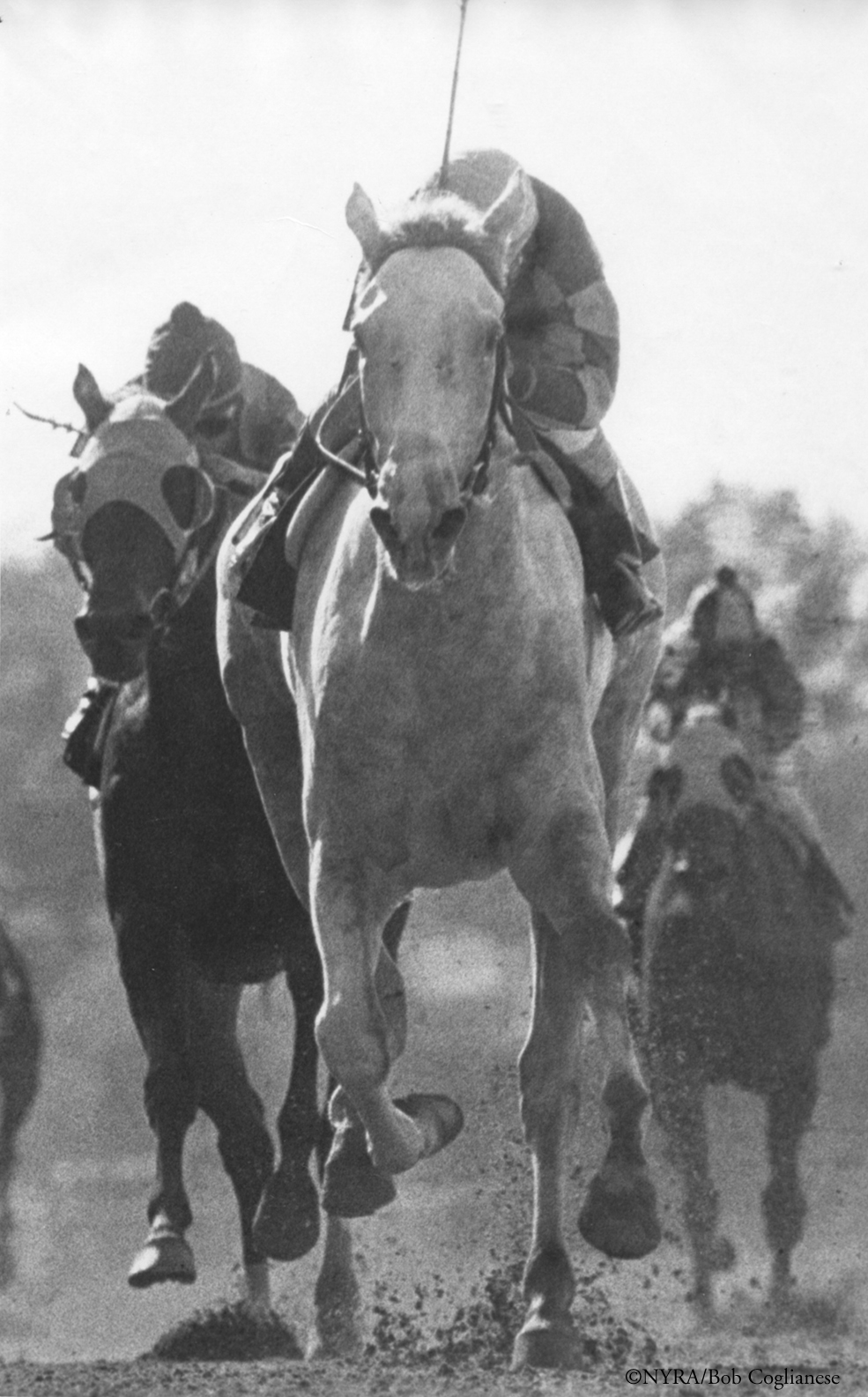 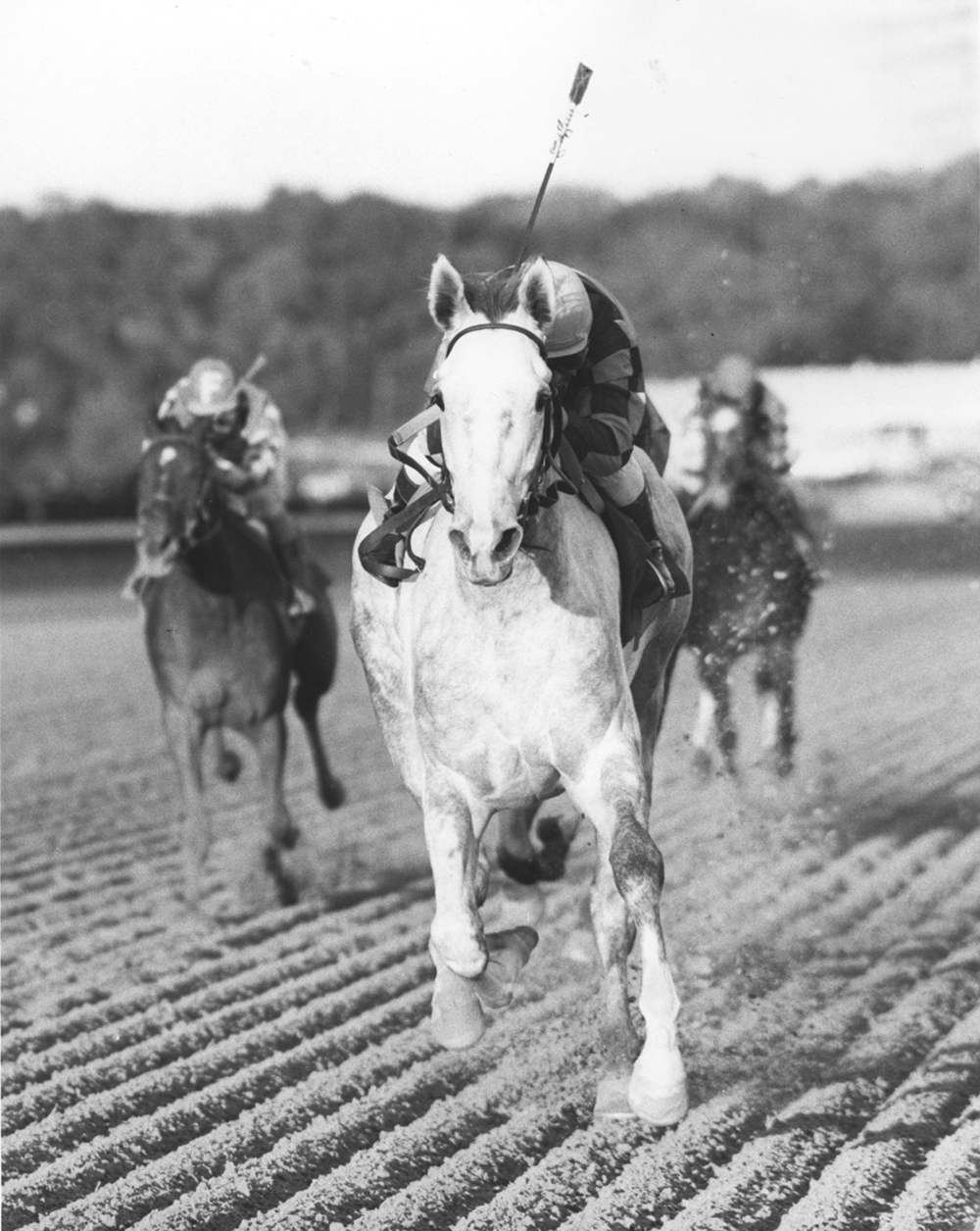 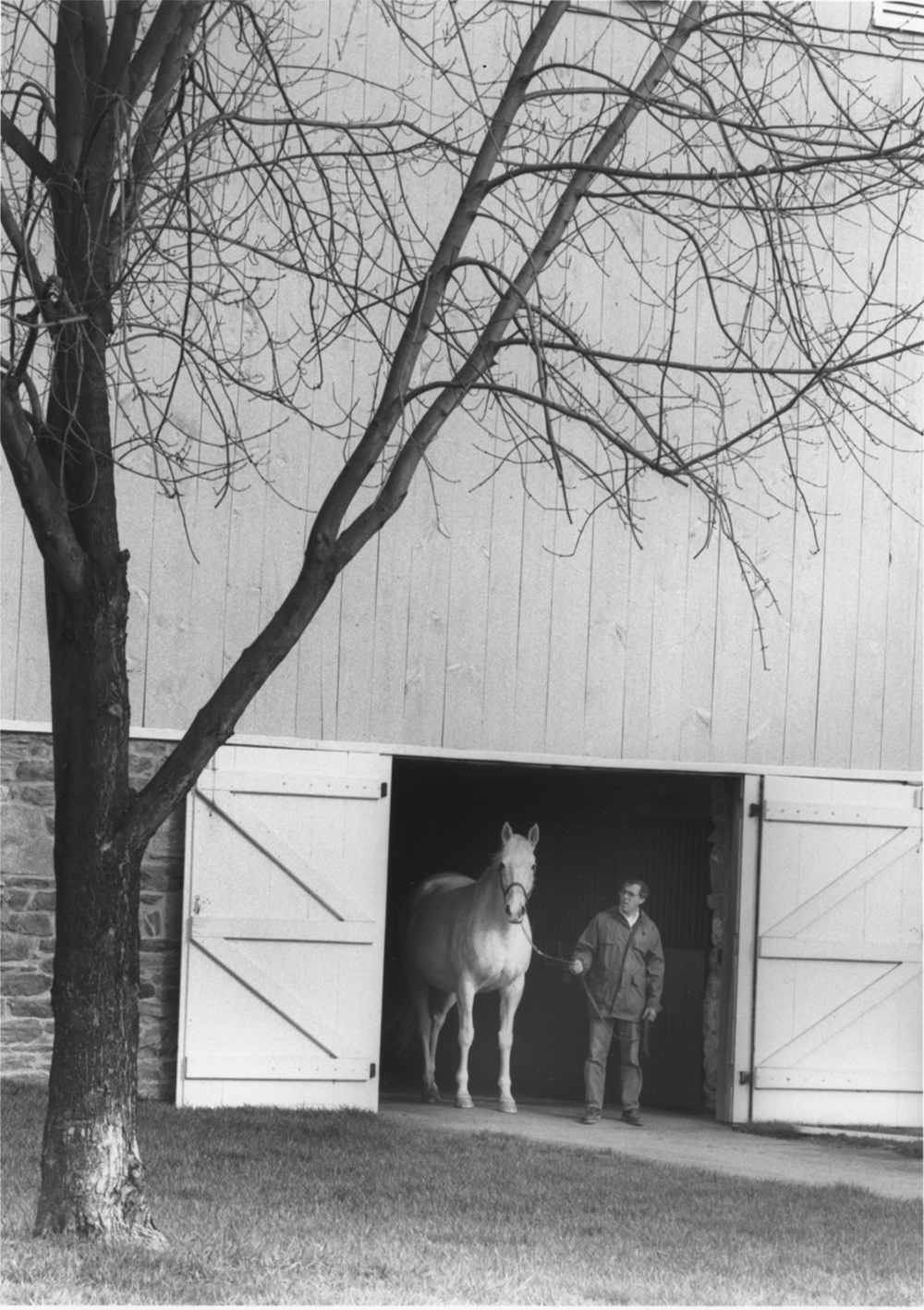 Heavenly Cause did not fit the profile of a champion 2-year-old. Not particularly attractive, the roan daughter of *Grey Dawn II was big and clumsy, plus had to overcome a late May foaling date. When she made her first start for her breeders, Jim and Eleanor Ryan’s Ryehill Farm, on July 23, 1980, at Belmont Park, no one particularly liked her. Perceptions changed when she won by 9 lengths.

For the rest of her life Heavenly Cause would be adored. In her two seasons on the track, she earned an Eclipse Award and won seven stakes, five Grade 1s, including the Kentucky Oaks, Selima and Acorn.

“She was the sort of filly who had to grow on us,” said Jim Ryan after a juvenile season in which she won or placed in seven of nine starts. “As a yearling, she was big, strong and rough. She flipped with Jack Gill [Ryehill’s farm manager] when he was breaking her and gave him some painful injuries. Later, when Jack started riding her in the fields, she seemed to stumble a lot and a couple of times almost fell with him.”

After lessons in Aiken, S.C., the roan filly was sent to famed New York trainer Woody Stephens. “Woody wasn’t thrilled by her appearance,” said Ryan. “In fact, he was quite negative about her.”

After her first two starts, which yielded a win and a third in Saratoga’s Grade 3 Schuylerville, her connections thought differently. “She started looking a lot better to all of us,” Ryan acknowledged.

Two failed attempts on the grass were Heavenly Cause’s only off the board finishes in a year highlighted by stakes appearances from Sept. 8 through Nov. 1. A daylight win in Bowie’s Marlboro Nursery was followed by a battle with Prayers ’n Promises in the Grade 1 Matron, which Heavenly Cause lost by a head. She then scored in the Grade 1 Frizette, was upset when second in the Gardenia-G3, and sealed her championship in the Selima, defeating that year’s Canadian filly champion Rainbow Connection by more than 2 lengths.

Heavenly Cause started eight times, all in stakes, in the first six months of her 3-year-old season. A four-race win streak consisted of Oaklawn’s Grade 1 Fantasy, Churchill Downs’ La Troienne (by 5 lengths) and Kentucky Oaks, and Belmont’s Acorn. She missed taking the Mother Goose-G1 by a neck to Wayward Lass and was a well-beaten fourth in the Coaching Club American Oaks-G1 before getting a break. Failing to return to stakes form that fall, she retired with a record of nine wins in 21 starts, for earnings of $622,481. She was named Maryland-bred champion filly at 2 and 3.

Her first mating was with Mr. Prospector, the result stakes winner Two Punch, who retired to stud in Maryland and left a lasting legacy as both a champion sire and leading broodmare sire. Another of her sons, Eastover Court, made a name for himself as a sire in West Virginia, counting among his offspring millionaire Confucius Say. In 1992 she was sold at public auction and exported to England where she produced her final foal in 1997.