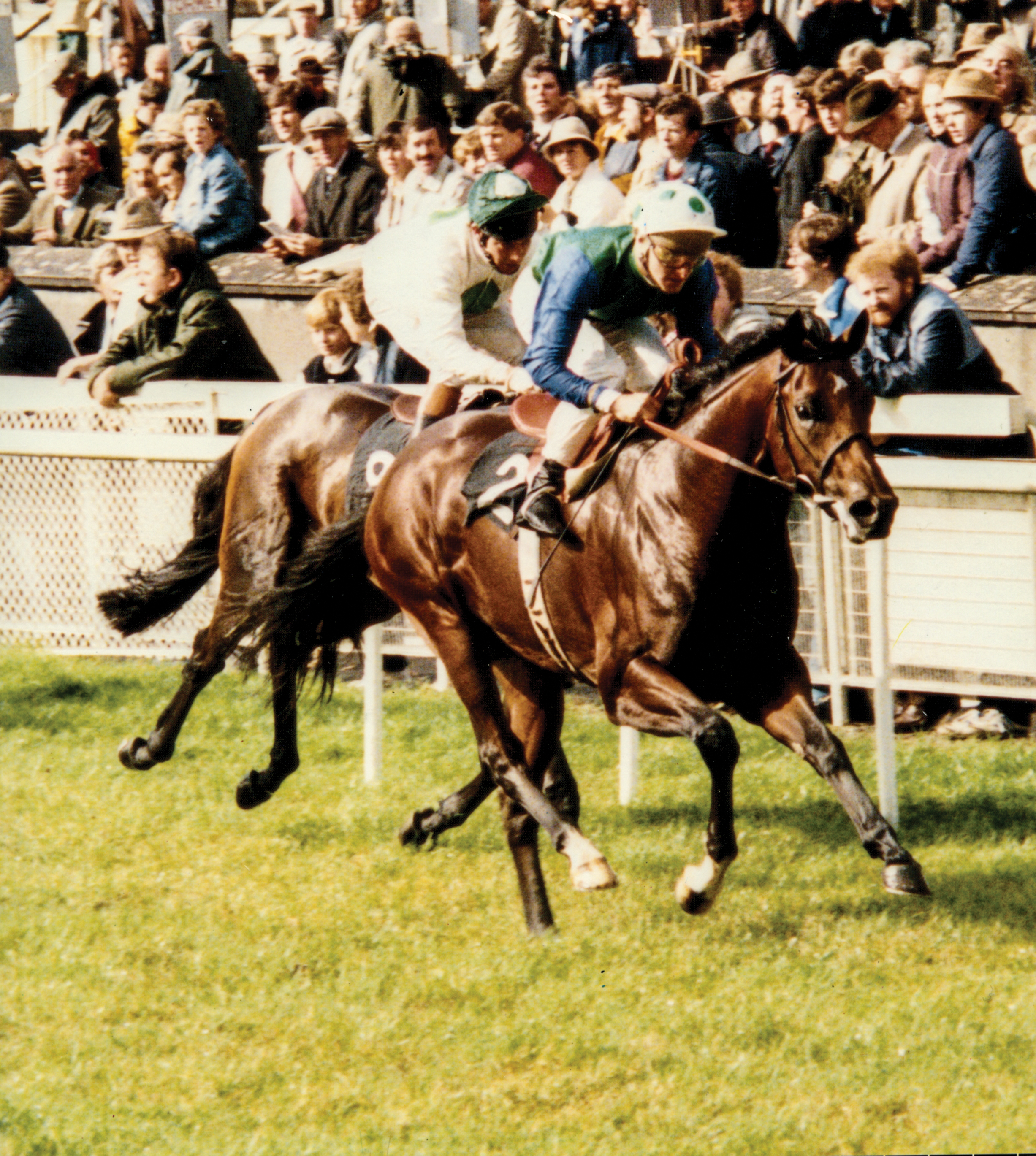 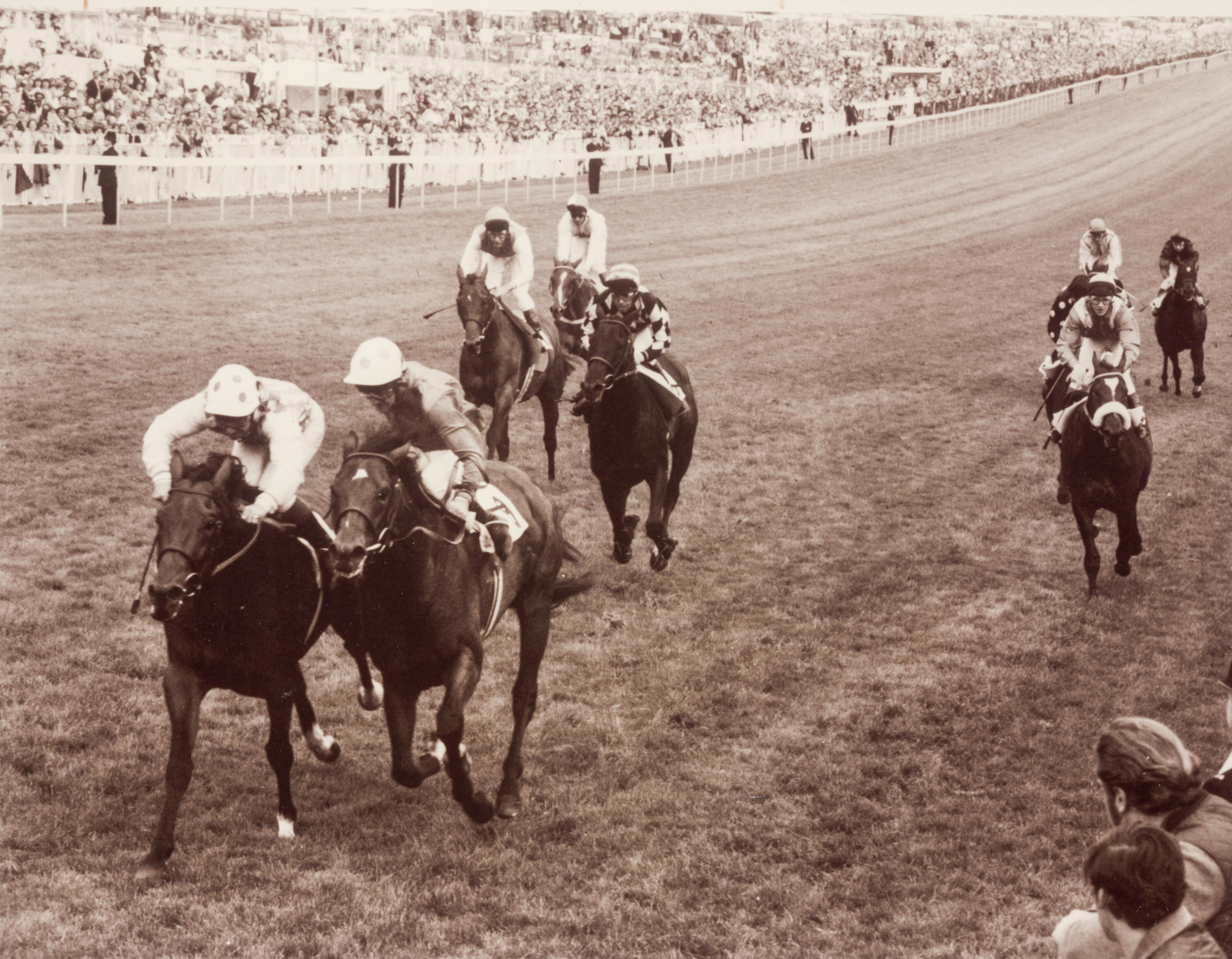 El Gran Senor was bred to be a champion. He fulfilled his destiny while racing in Europe when named champion in England and Ireland at 2 in 1983, and ranking as England’s top 3-year-old and miler in 1984.

The first son of Northern Dancer to be inducted into the Maryland Thoroughbred Hall of Fame, El Gran Senor was foaled at his breeder E.P. Taylor’s Windfields Farm in Chesapeake City in April 1981. His dam was the regally-bred Sex Appeal, a daughter of Buckpasser whose older foals included El Gran Senor’s champion full-brother Try My Best and group-winning half-sister Solar.

El Gran Senor was one of the select Northern Dancer sons retained by his breeder and was named for his sire’s Hall of Fame trainer Horatio Luro. Campaigned by Windfields in partnership with Robert Sangster and Vincent O’Brien, the bay colt was sent to O’Brien’s training yard in Ireland and immediately displayed his prowess, as well as his idiosyncrasies.

He went undefeated in four starts at 2, three stakes, capturing The Curragh’s Group 3 Railway and Group 2  National, and capping off his season in Newmarket’s Group 1 Dewhurst over Rainbow Quest. But his connections noted the talented colt was also quite lazy and would “make a race of it with a donkey, and always do enough and no more.”

El Gran Senor enhanced his reputation as one of Europe’s best milers in decades when he returned to action at 3. His first start of the year was a win over stablemate Sadler’s Wells (also by Northern Dancer) in the 7-furlong Gladness Stakes. He followed with his first classic win, taking  England’s Two Thousand Guineas-G1 by daylight while recording one of the fastest times in the race’s nearly 175-year history.

Sent off as favorite in the mile and a half Epsom Derby-G1, El Gran Senor suffered the only loss of his eight-start career. Taking the lead a quarter mile from the finish, El Gran Senor was caught in the closing yards by another Windfields-bred Northern Dancer son, Secreto, and lost by a head in one of the most exciting renewals in the race’s history.

El Gran Senor was once again asked to test his stamina in his next start, the mile and a half Irish Sweeps Derby-G1, and this time won comfortably as the 2-7 favorite. His seventh win proved to be the final of his eight-start career after he bruised a foot a few weeks later and was retired to stand alongside Northern Dancer at Windfields. In addition to his European champion titles, he was named 1984 Maryland-bred Horse of the Year, champion 3-year-old and champion grass horse honors in a close vote over Secreto.

El Gran Senor stood his first season in Maryland and proved subfertile, with only 40 percent of his mares getting in foal. Windfields accepted a fertility insurance settlement, and the young stallion was moved to Ashford Stud in Kentucky for the 1986 season, where he remained until his death at age 25 in 2006.

El Gran Senor sired 415 foals in 15 crops, of which 55 were stakes winners. Among his best were champion sprinter and Breeders’ Cup Sprint-G1 winner Lit de Justice, Irish champion and sire Helmsman, and Grade 1-winning daughter Tous­saud, who went on to be named Broodmare of the Year after producing five graded stakes winners from seven starters, including Belmont Stakes-G1 winner and sire Empire Maker.