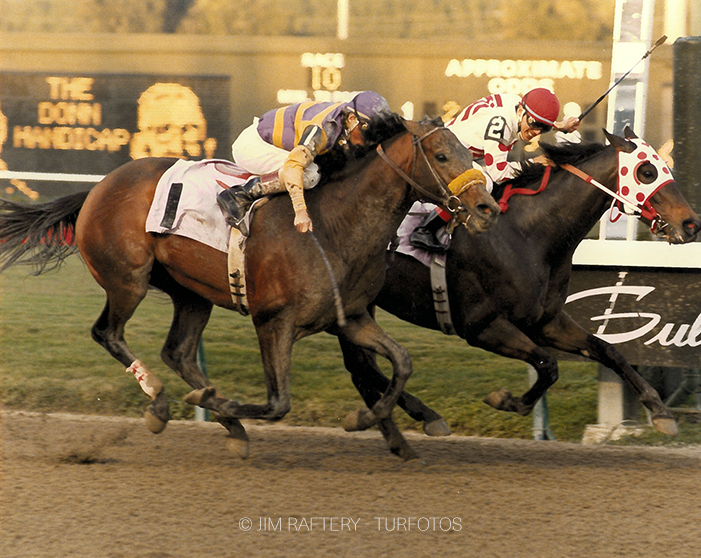 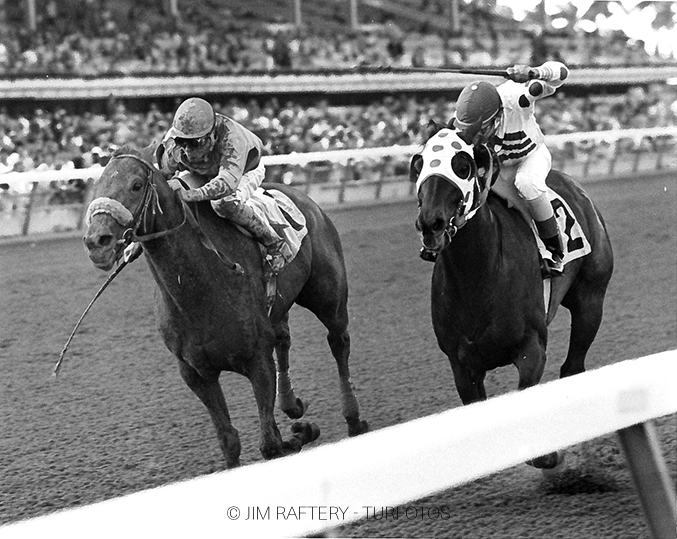 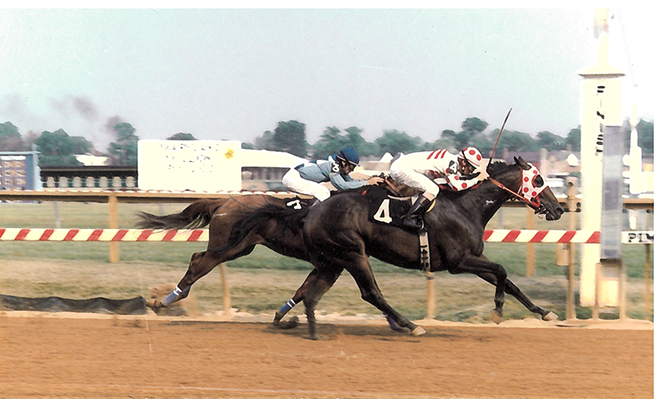 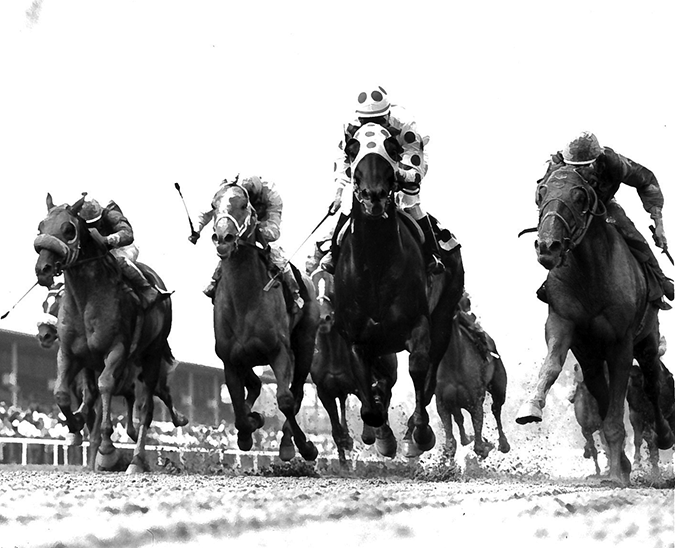 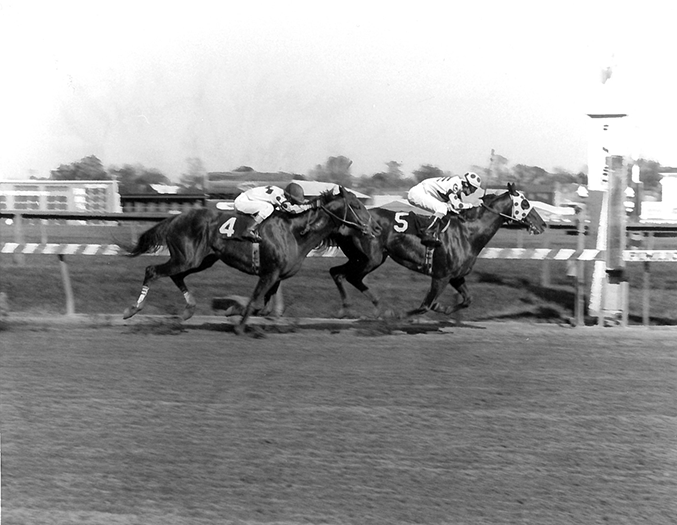 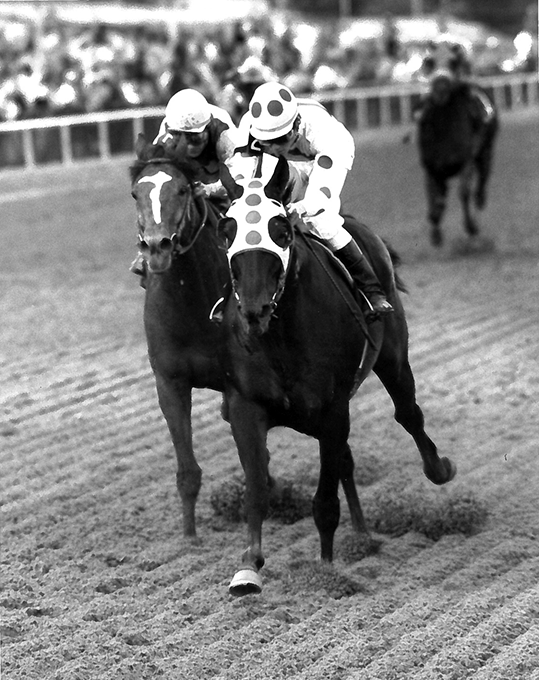 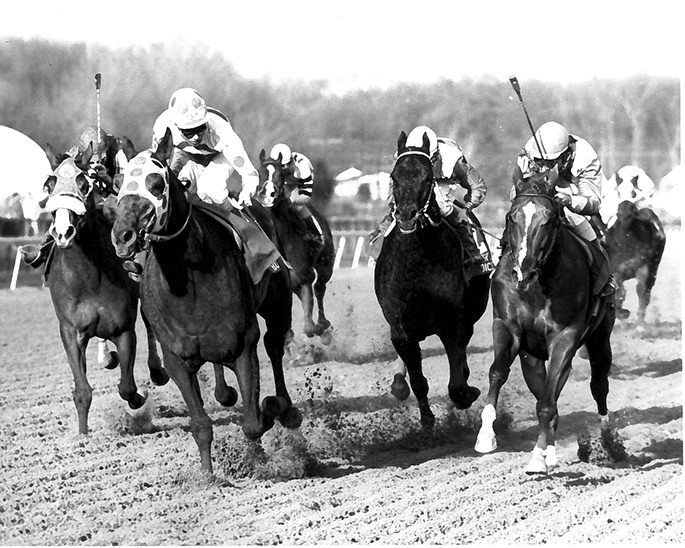 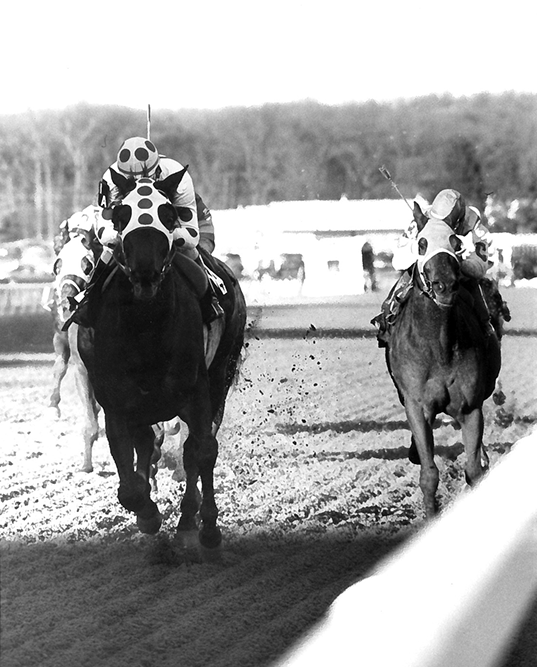 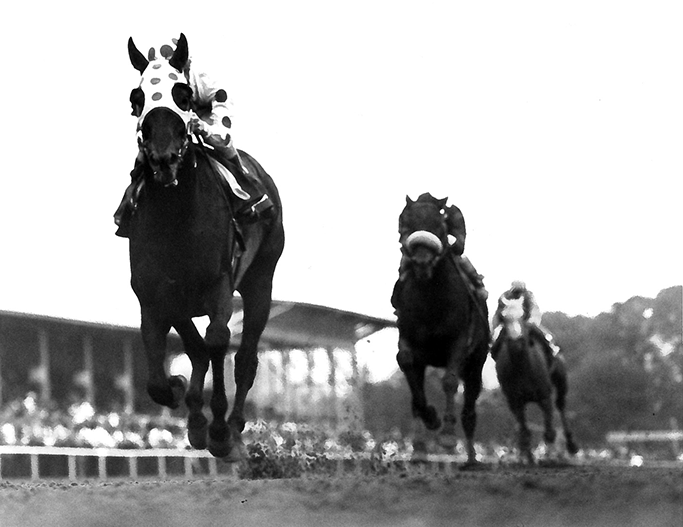 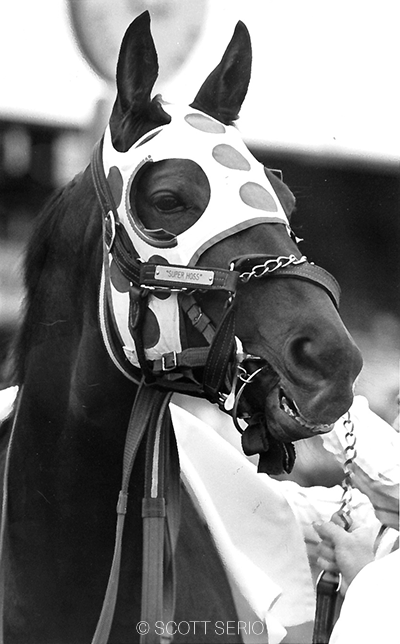 The “blue collar millionaire,” Little Bold John is the all-time leading Maryland-bred by number of stakes wins on the flat with 25. The most dominant Maryland-bred handicap horse of the latter half of the 1980s, he earned divisional titles in 1988 and 1989, and when retired in 1992 at age 10, he was the third-richest Maryland-bred in history with earnings of $1,956,405.

Little Bold John represented decades of breeding by Hal C.B. Clagett. A son of John Alden out of the Bold Ambition mare Little Bold Sphinx, he was initially raced by Clagett, who sold him privately at the end of his 2-year-old season to first-time owner John E. Owens III. Trained by John J. Robb for his entire 105-start career, Little Bold John won 38 races, placed in 30 more, and for five consecutive years (ages 3 to 7), made 11 or more starts a season.

Little Bold John crossed the wire first in the Tri-State Futurity at Charles Town in November 1984, but was disqualified to fourth, which is what prompted Clagett to sell him. “My stable wasn’t doing too well, and to balance the books I needed cash,” remembered Clagett in 2003. “Little Bold John was my most valuable horse, so when Jack Owens offered me $30,000 I took it.”

Little Bold John didn’t get his first official stakes win until the Edward L Blake Memorial Handicap at Charles Town the next May. He went on to win two more that year, won three the next, and had his most productive season in 1987. His eight stakes wins from 18 starts that year included the Grade 2 Donn Handicap over a field that included the previous year’s Eclipse Award-winning Horse of the Year Lady’s Secret. He also won the first of three consecutive Jennings Handicaps, as well as the Grade 3 Riggs Handicap while amassing $599,041 in 1987.

Little Bold John became a millionaire in 1988, coming back after a six-month layoff when he pulled a high suspensory ligament in his left hock while winning the Maryland Million Classic the previous fall. He won seven more stakes while making at least one start a month from March through December, and had a five race win streak which included the Jennings and Never Bend Handicaps.

At age 7 in 1989, Little Bold John won three stakes in a row early in the year - the General George Stakes at seven furlongs, and the Jennings and John B. Campbell Handicap-G3 at a mile and an eighth, the latter two while conceding significant weight to the runner-up. The final stakes win of his career came in that fall’s Polynesian Handicap, in which he defeated Master Speaker.

Little Bold John went out a winner, taking a $50,000 claimer by a nose in October 1992. He initially didn’t enjoy a life of retirement, and Robb used him as a stable pony at Bowie for about a year, until a filly bit the old gelding and he kicked her, recalled Clagett. Clagett offered to take Little Bold John back to retire to Weston, where he was foaled and raised.

“Robb replied that he wouldn’t give the horse to me but would agree to a sale,” said Clagett, who agreed, and paid Robb one dollar to complete the sale. Little Bold John lived out his retirement at the farm in Upper Marlboro, Md., until his death from colic on January 21, 2003.