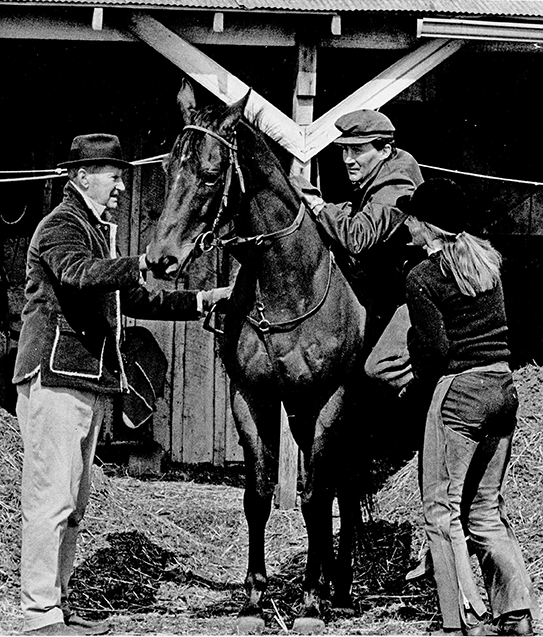 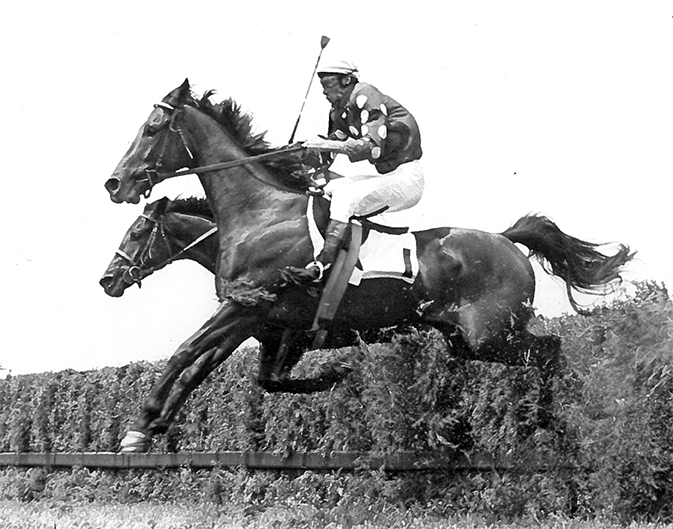 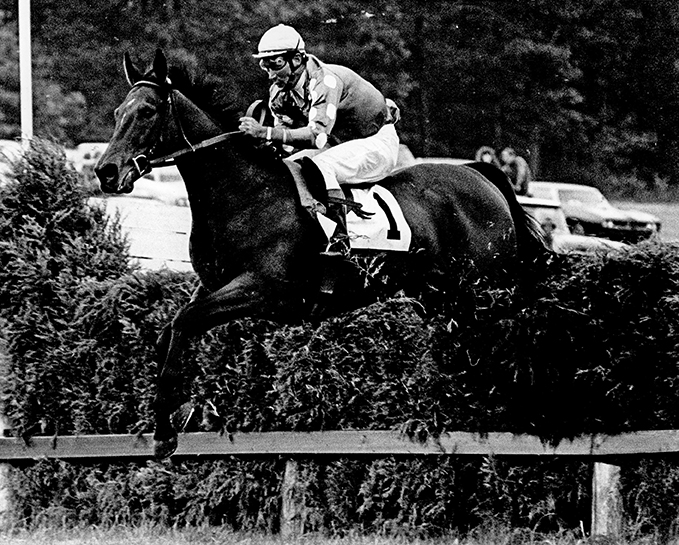 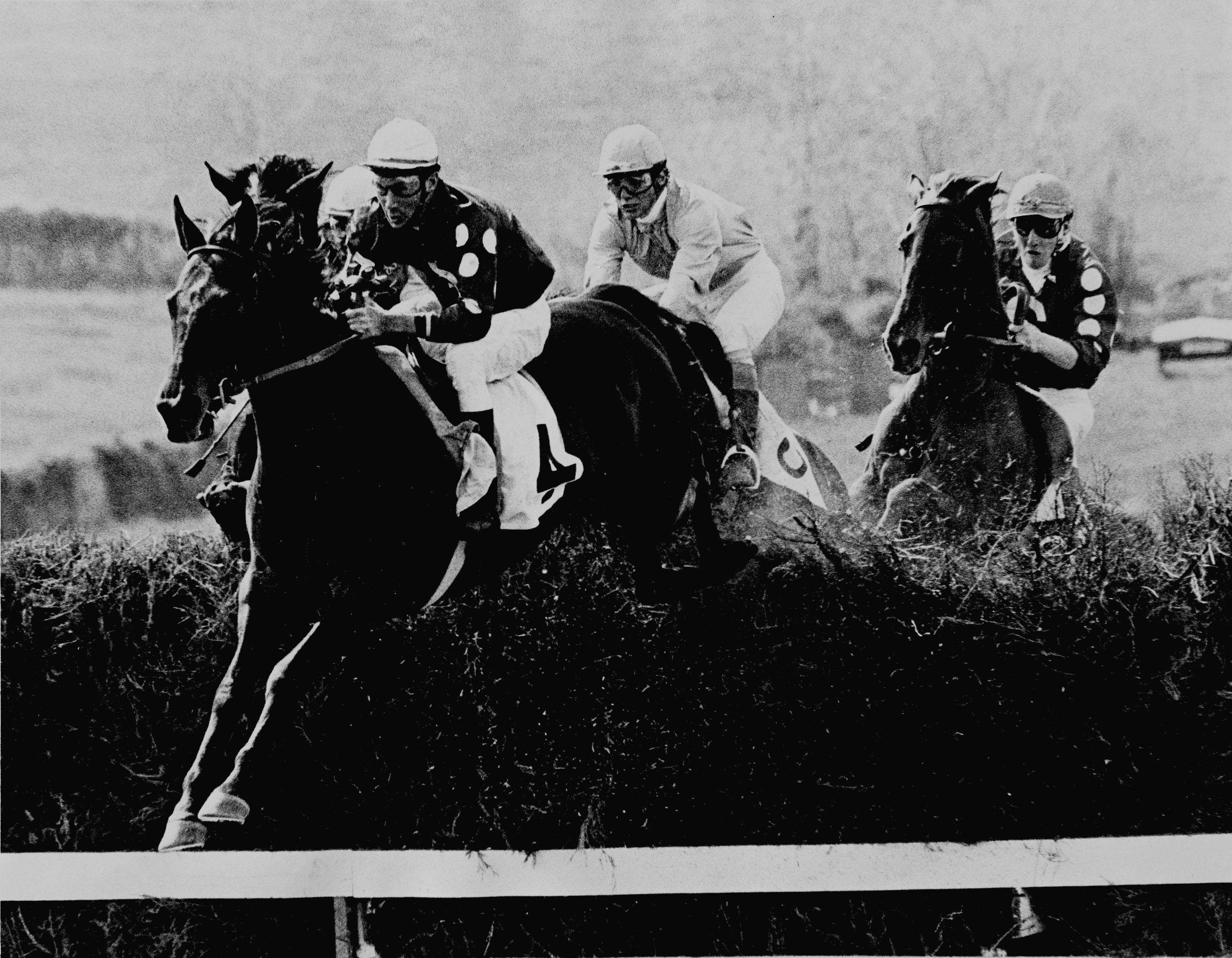 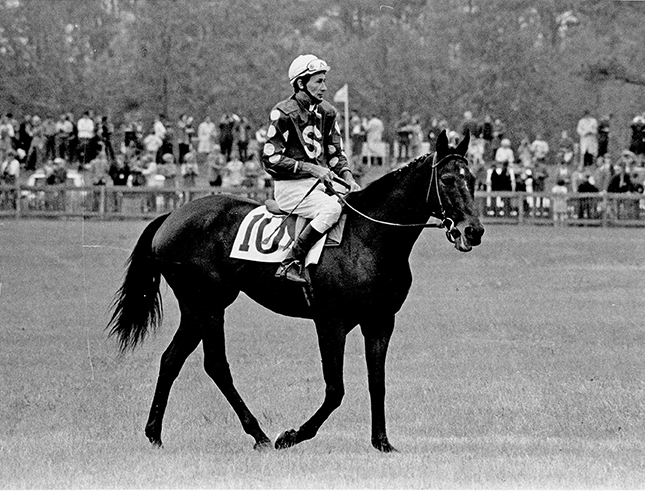 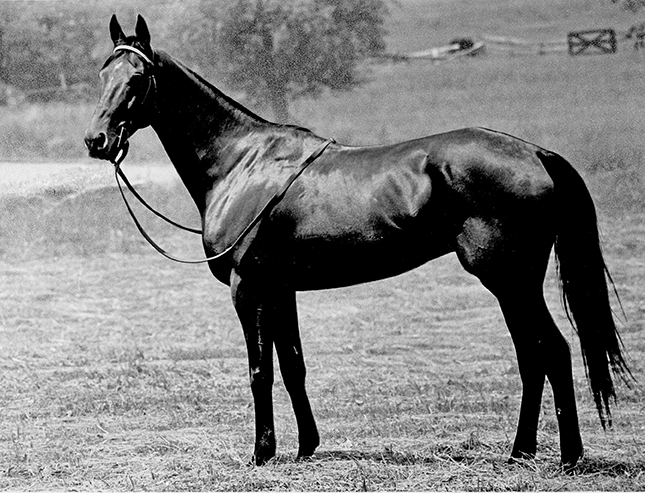 Small in stature but tough as nails, Tuscalee won more American steeplechase races than any horse in history – setting the standard (37 career jump wins) in 1972, a record which still stands.

Bred and campaigned by Alfred H. Smith, Tuscalee was born at Smith’s Blythewood Farm in Upper Marlboro, Md., on April 11, 1960. He was a son of the Maryland stallion Tuscany, who stood at Sam Pistorio’s farm in Ellicott City. His dam, Verna Lee (by British Buddy), was purchased by Smith at a Timonium auction with Tuscalee in utero.

Tuscalee, all of 15.3 hands, was trained throughout his career by Joe (Leiter) Aitcheson Sr. and ridden primarily by the trainer’s Hall of Fame son Joe Aitcheson Jr. The bay gelding was never a failed racehorse on the flat as his entire 10-year racing career was spent at the hunt or steeplechase meets. He won at least once a year each year he competed from 1963 to 1972 (two of his career 39 wins were on the flat, at Fair Hill in 1963 and Warrenton in 1967).

Running long and saddled with a ton of weight, Tuscalee captured 12 stakes in his 89-start career, finished second in seven others and third in four more while amassing $130,917. Seven of his 10 wins in 1966 came in stakes company at five different tracks, and they loaded up the lead. He carried 162 pounds (20 more than the runnerup) in taking the Fair Hill Steeplechase, and was burdened one week later with 165 pounds for Fair Hill’s Manly Handicap, yet won decisively. He hoisted 167 pounds to victory in Noel Laing Steeplechase at Montpelier, giving his three rivals from 25 to 36 pounds and a three-length beating. He captured four editions of the National Hunt Cup at Malvern, including the 1966 running while toting 160 pounds.

One of Tuscalee’s final career victories came in the National Hunt Cup, which he also took in 1972, at age 12. After 11 starts that season, he was retired to life on the farm as a foxhunter and babysitter to young horses.

“He used to foxhunt with one of my twin daughters, then we used him on the farm with the babies – breaking them and teaching them to gallop,” Marilyn Ketts, daughter of Alfred Smith, told Mid-Atlantic Thoroughbred in 2013. “He was about 20 and would slow gallop with the babies. He was a good teacher, made them feel real secure about it. We rode him until he was about 25, then he was turned out in a field in full retirement – the local legend.”

Tuscalee is buried on Ketts’ At Last Farm in Aquasco, Md.