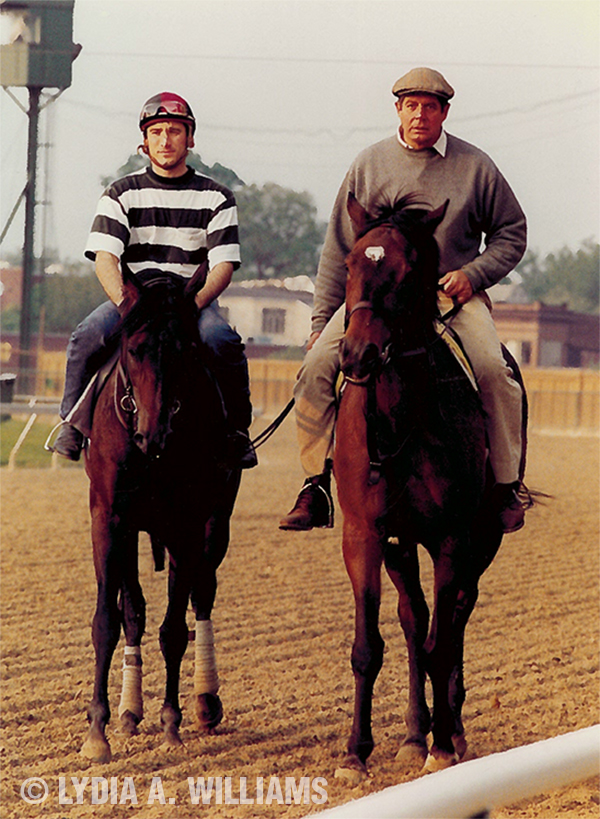 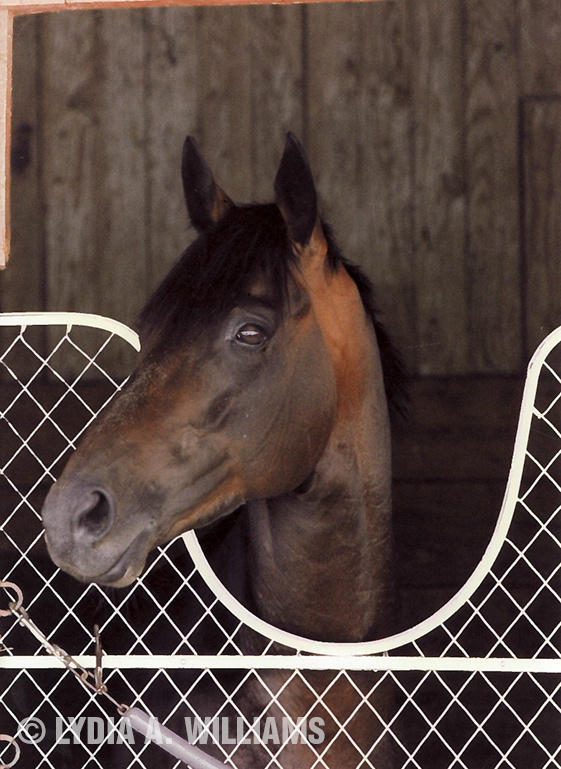 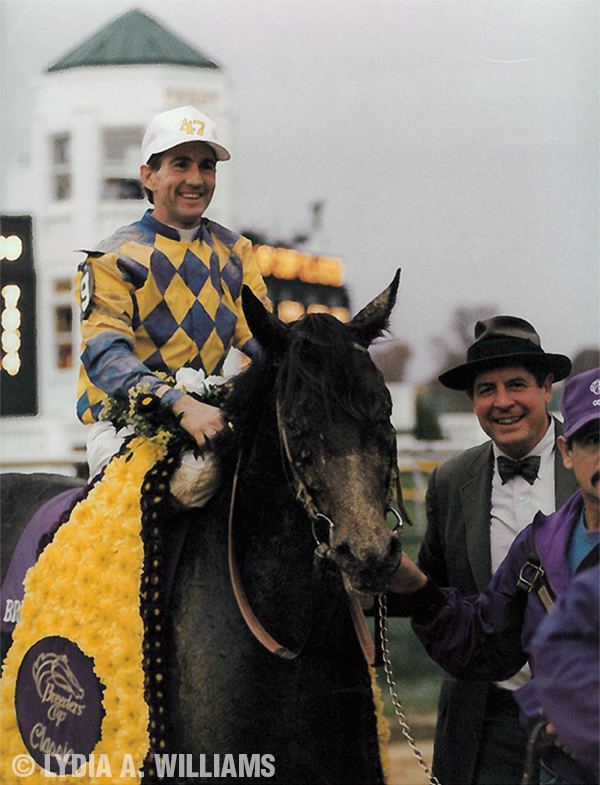 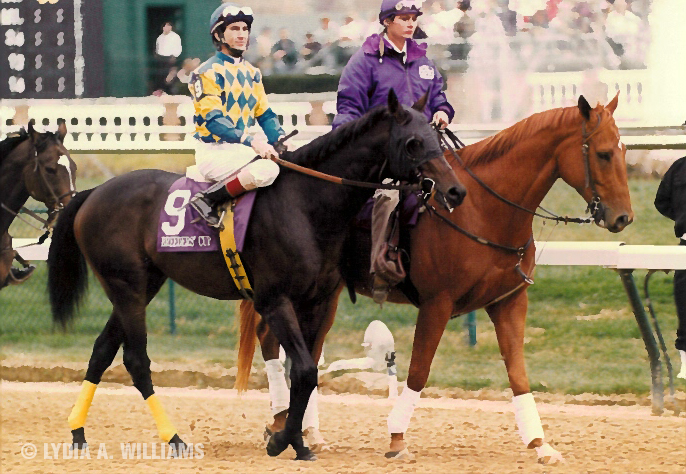 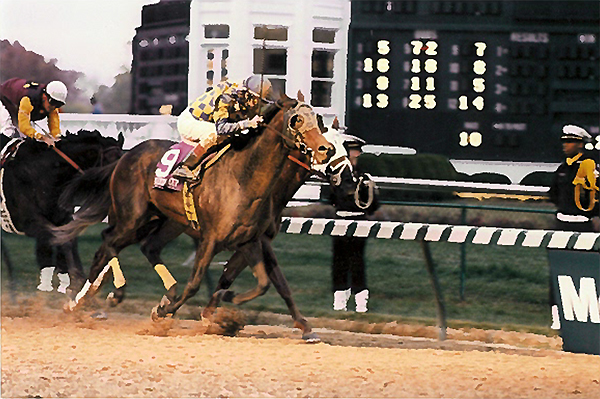 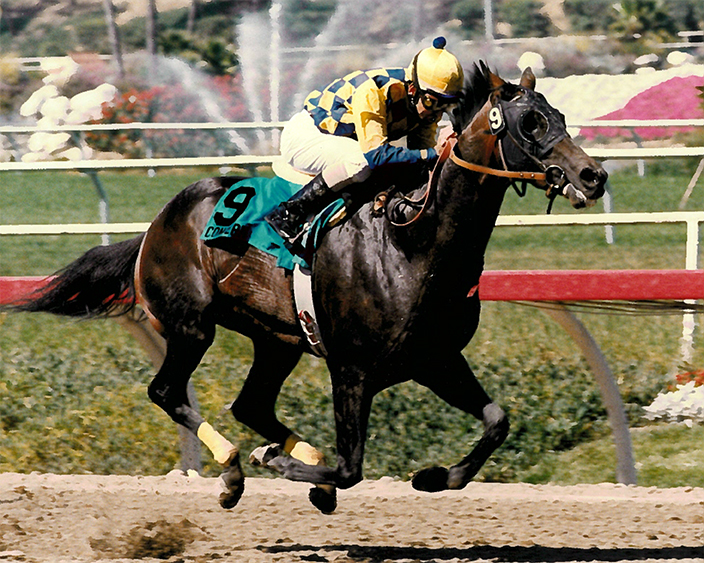 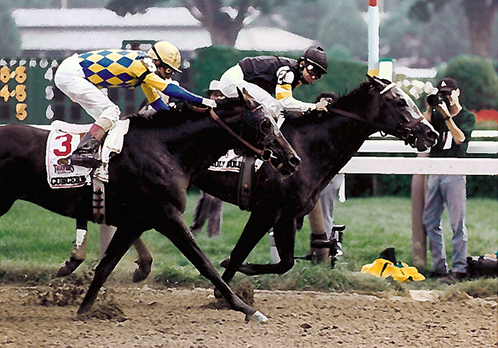 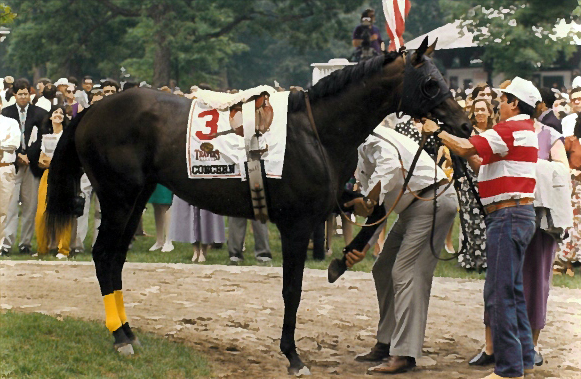 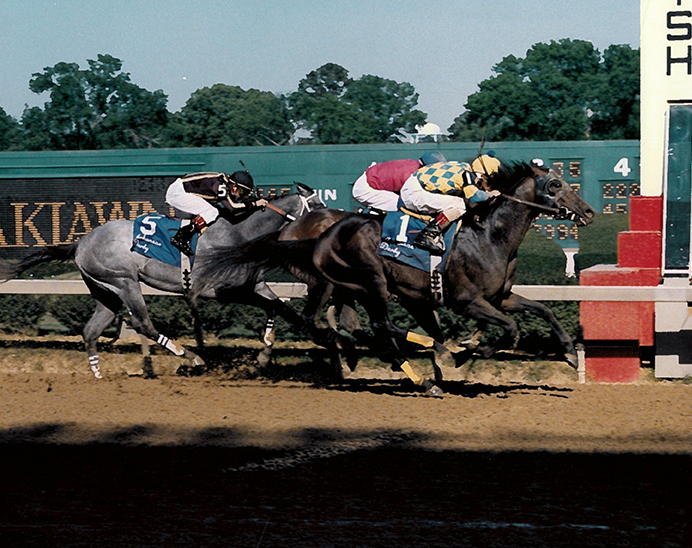 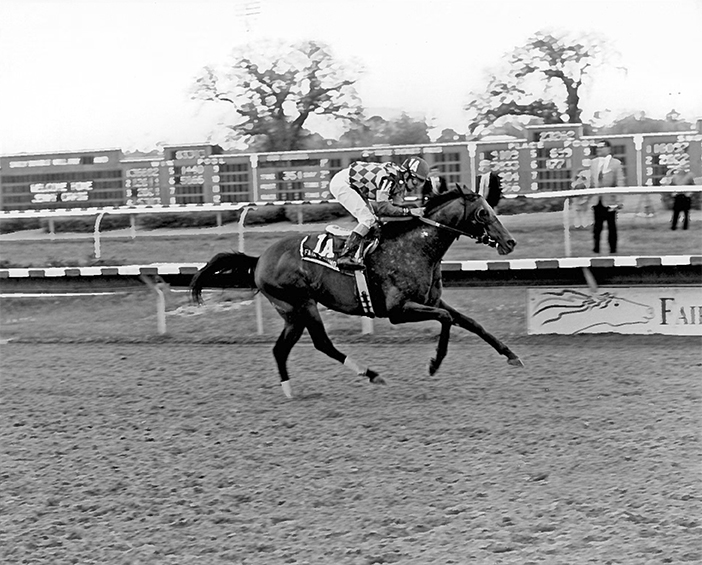 The first Maryland-bred Breeders’ Cup Classic-G1 winner, Concern made a career of heart-stopping, gritty performances while amassing $3,079,350 over three seasons of competition.

A product of leading Maryland breeder Robert E. Meyerhoff’s astute selection process, Concern was born on February 14, 1991, at Meyerhoff’s Fitzhugh Farm in Phoenix, Md., a son of Meyerhoff’s homebred Broad Brush (MTHOF member of 2013) out of Grade 1 Test Stakes winner Fara’s Team. Trained by Richard (Dickie) Small, who also trained Broad Brush, Concern was stakes-placed at 2, but didn’t come into his own until gaining his first stakes win in the Grade 2 Arkansas Derby in the spring of his 3-year-old season. That race propelled him into classic contention, as he rallied spectacularly from last, as many as 15 lengths off the pace, to win in the final strides.

Concern’s Maryland-based connections chose to pass on the Kentucky Derby and hold out for the Preakness Stakes-G1. Outrun for more than three-quarters of a mile while last of 10 that May day at Pimlico, the dark bay colt rallied seven wide in the stretch and got up for third behind winner Tabasco Cat and Kentucky Derby-G1 hero Go for Gin.

That became the pattern for much of his sophomore season, as Concern launched rallies to hit the board in the Ohio Derby-G2 (second), Round Table Stakes-G3 (third) and Haskell Invitational Handicap-G1 (also third). The Haskell was his first meeting with division leader Holy Bull, the winner that day, as Concern finished three and a half lengths back. Their only other meeting came in their next start, Saratoga’s Travers Stakes-G1.

Joined by rider Jerry Bailey for the first time, Concern was nearly 22 lengths behind the frontrunning Holy Bull in the early stages before launching his bid. Taking aim at the big gray, he pulled within four lengths with a quarter mile to go, and continued to cut into the margin down the stretch. The two raced as a team to the wire, with Holy Bull holding on to score by a desperate neck. Tabasco Cat finished third, 17 lengths behind the battling duo.

Concern’s 3-year-old march was not done. He shipped to Woodbine for the Molson Million-G2 and finished third. He just missed to Soul of the Matter in the Grade 1 Super Derby, winding up second by a neck.

For his 14th, and final, start of the year, Concern was sent to Churchill Downs for the Breeders’ Cup Classic. Sent off as the fourth-betting choice in the field of 14, Concern once again trailed in last, more than a dozen lengths off the leaders, before making his move as the shadows lengthened. Rallying six wide heading into the stretch, he flew down the middle of the track and caught Tabasco Cat in the final yards to win by a neck, with announcer Tom Durkin calling, "Concern from out of the clouds.”

The Breeders’ Cup Classic was one of many milestones for Concern in 1994. He competed over 10 tracks, earned $2,541,670 that year, the most of any horse to compete exclusively in North America, and never finished worse than third. He was runner-up for the 3-year-old Eclipse Award to Holy Bull (who also was named Horse of the Year). And he earned more money in a single season than any Maryland-bred in history. He took the title as Maryland-bred Horse of the Year and champion 3-year-old. Plus his exploits pushed Broad Brush to the top as the nation’s leading sire.

Concern returned at 4 and earned an additional $511,900 from nine starts. Paired up with Mike Smith for most of the season, he won the Grade 1 Californian Stakes and Grade 3 New Orleans Handicap. Sandwiched in between were third-place finishes in the Oaklawn Handicap-G1 and Pimlico Special-G1, each won by another member of the Maryland Thoroughbred Hall of Fame, Cigar.

For a time in 1995, he was the leading Maryland-bred money earner in history, moving past his sire Broad Brush, until Cigar surpassed him with his own win in that year's Breeders’ Cup Classic.

Concern retired to Northview Stallion Station as the richest runner to enter stud in the state.

The sire of 10 stakes winners, led by two-time Eclipse Award-winning steeplechaser and millionaire Good Night Shirt, Concern was moved to stand at Oklahoma Equine Thoroughbred Stallions in 2004. Pensioned in 2011, Concern died in late March 2015 at age 24 and was buried at the Washington, Okla., farm.