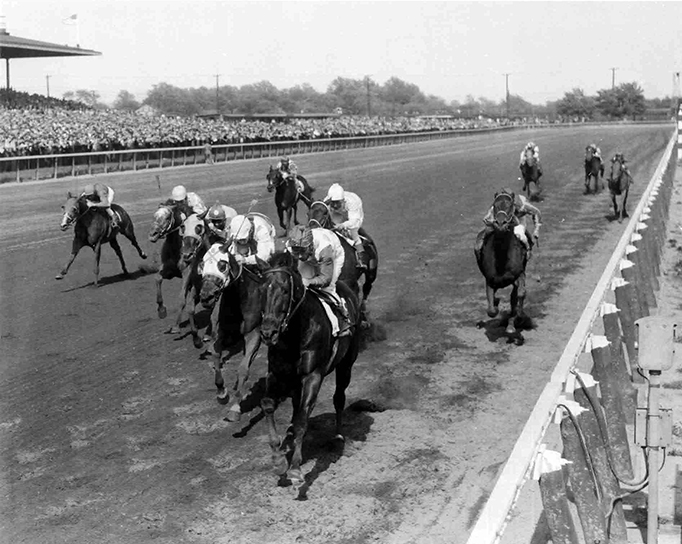 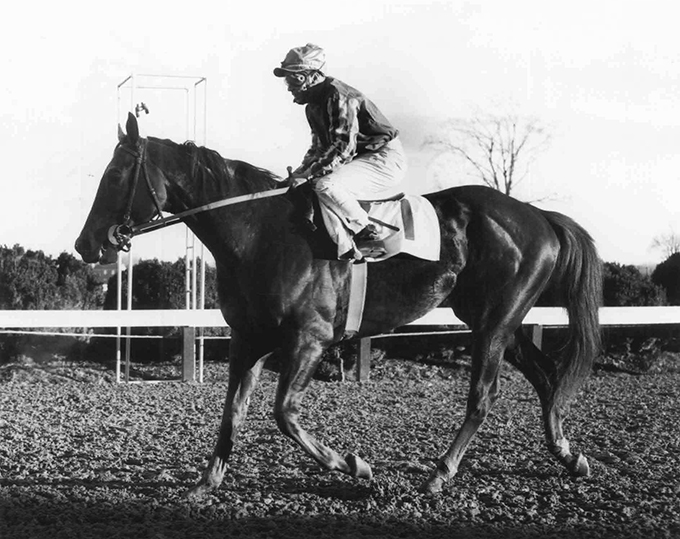 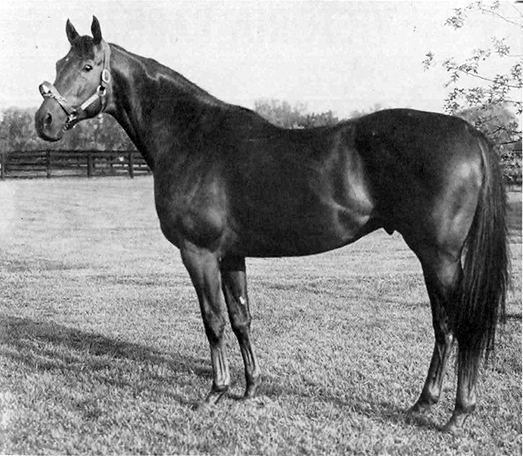 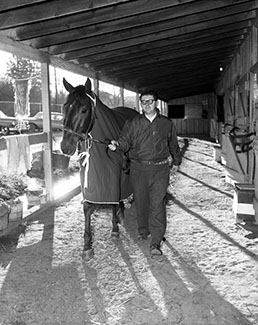 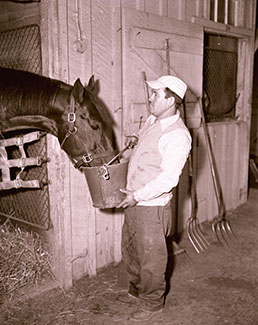 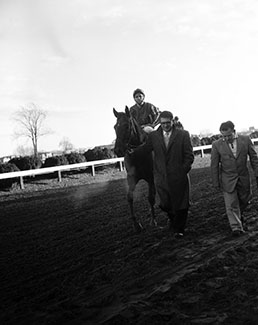 Vertex showed extreme brilliance in a career hampered by bad feet and injuries. When trainer Joe Piarulli, son of the talented runner’s breeder and co-owner, Frank Piarulli, patched up the colt and got him to the races, Vertex usually delivered – he won 17 of his 25 trips to the post and placed in four others.

Joe Estes wrote in the 1959 edition of American Race Horses after Vertex’s retirement: “Vertex left horsemen wondering what he might have done if he had been sound. . . what he lacked in soundness and good luck was compensated by his class and courage. . . At the end of May, when an injury terminated his career, he had no rival on the morning side of the Rocky Mountains.”

Lightly raced at 2 in an effort to allow the big-boned chestnut to mature, Vertex became a stakes winner in August of his 3-year-old season when the New Jersey-based runner captured the Choice Stakes at Monmouth Park by seven lengths. He missed by a neck next out in the Ventnor Handicap at Atlantic City, but rebounded with a victory in the track’s Boardwalk Handicap. He never finished worse than second that year, but in his final start, the Roamer Handicap at Jamaica in November, he lost a shoe which tore away part of the hoof wall and also caused him to twist a knee. Vertex was on the shelf for nearly a year. During that time, Piarulli sold a half-interest to J.J. Brunetti.

Vertex returned in September 1958, took a few starts to get back into gear, then from October until fracturing a seasmoid in his left foreleg in May 1959, turned in the best record for a handicap horse in training in the country.

During that stretch, he won nine of 10 starts, including the Pimlico Special, Gulfstream Park and John B. Campbell Handicaps. The latter two, both offering $100,000 purses, were run back-to-back weekends in March (in Florida and at Bowie in Maryland). The only other horse to accomplish the feat of winning two six-figure races in such a short time had been Round Table, who won on successive weekends in 1957.

In the fall of 1958, Vertex won four consecutive races from October 28 to November 29. His first race of 1959 came on March 9 (he was third at Gulfstream Park), and he ran three more times that month, all victories. By the time he lined up at Jamaica in May for the Grey Lag Handicap, he was saddled with 130 pounds, giving from 11 to 24 pounds to the rest of the field. He won by three-quarters of a length. Two weeks later he faced the starter for the Camden Handicap at Garden State. Carrying 131 (14 to 23 pounds more than his rivals), he won the mile and an eighth stakes easily by a length and a quarter (and galloped out a mile and a quarter in 2:06). But the next day he was lame, and his career was over. Vertex was ranked third among handicap horses for the year, behind Hillsdale and Round Table. Charles Hatton noted in his profiles of the best horses of 1959 in the American Racing Manual, “Handicap racing during the early season of 1959 was in effect three cheers for Vertex, perhaps the most popular Maryland-bred since the days of Gallorette.”

A winner at distances from six furlongs to a mile and a quarter, Vertex was by The Rhymer, who stood the majority of his career in Maryland, out of the Case Ace mare Kanace. He was foaled at Pistorio Farm in Ellicott City, where his sire stood at the time.

Vertex entered stud at Danada Farm in Lexington, Ky. In his second crop, he sired Kentucky Derby winner Lucky Debonair. In 1968, Vertex was moved to John Brunetti's Red Oak Farm near Ocala, Fla., and later that year was represented by the nation's champion 2-year-old, Top Knight. Vertex stood his final season in 1978 and remained at Red Oak as a pensioner until his death, at age 27, in January 1981. He is buried on the farm.