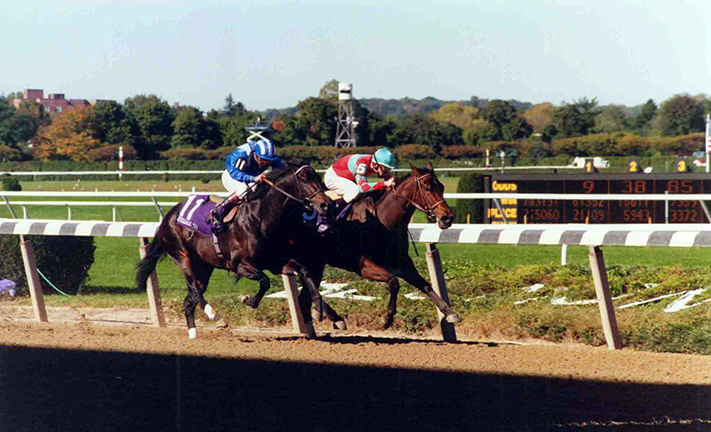 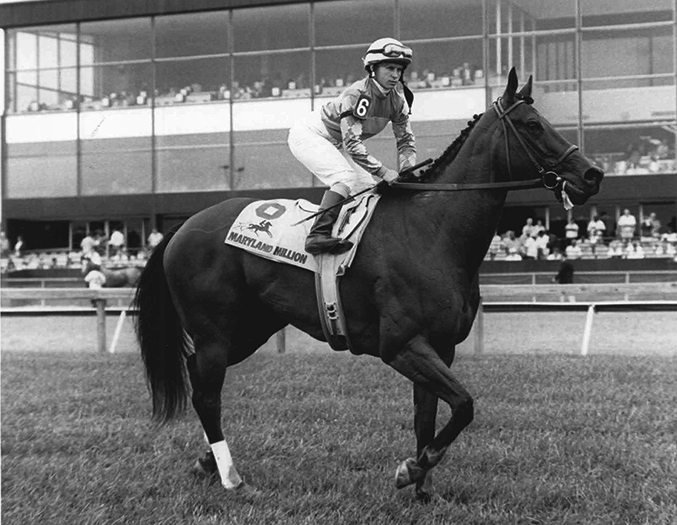 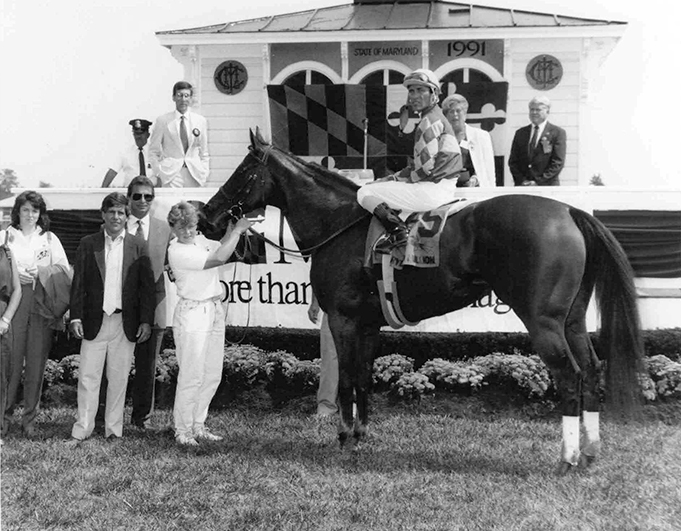 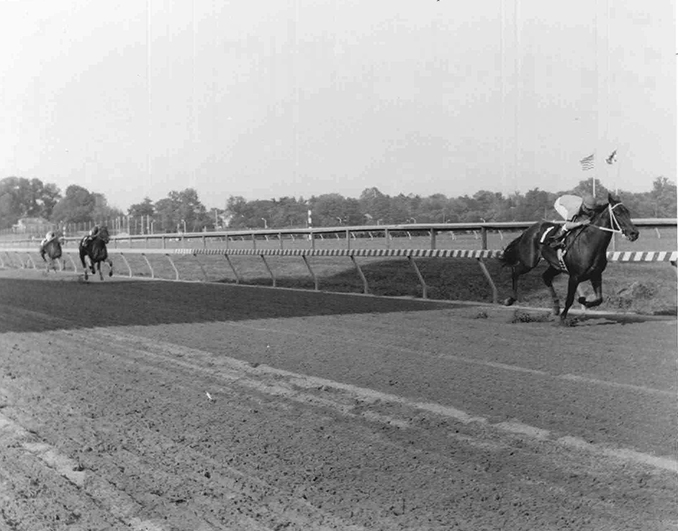 The big-bodied filly Safely Kept, the Eclipse Award-winning sprinter of 1989, blazed through four seasons on the track, won 24 of 31 starts and earned $2,194,206 – with all but one of her races at seven furlongs or less.

Bred by David and JoAnn Hayden and born at their Dark Hollow Farm in Upperco, Md., in 1986, Safely Kept campaigned exclusively in Maryland as a 2-year-old. The Haydens ran her three times, with each race better than the last. Offers poured in, and the couple sold their star filly for $300,000 to a partnership headed by Barry Weisbord, under whose colors she would compete for the rest of her marvelous career.

A daughter of bread-and-butter Maryland sire Horatius out of Safely Home (by Winning Hit), a mare claimed by the Haydens for $11,500 at Bowie in the spring of 1980, Safely Kept won 22 stakes and achieved numerous accomplishments. She was the first sprinter to have ever earned more than $2 million; the first Maryland-bred to win a Breeders’ Cup race – when she captured the Sprint-G1 in 1990; was Maryland-bred Horse of the Year twice (1989, ’90); won Maryland-bred championships each of the four years she ran; and captured three runnings each of the Grade 2 Genuine Risk Stakes, Garden State Breeders’ Cup Handicap-G3 (the 1991 edition in track record time) and Maryland Million Distaff Handicap. Her average winning margin was more than three and a half lengths.

She was a Grade 1 winner at 3 with a stellar score in the Test Stakes at Saratoga, one of eight stakes wins from nine starts which propelled her to Eclipse Award glory. Her only loss that year was a second in the Breeders’ Cup Sprint-G1 when she was caught at the wire by Dancing Spree after setting all the fractions.

She earned the Breeders’ Cup trophy with an all-out battle down the Belmont Park stretch with champion Dayjur that has become part of Breeders’ Cup lore.

Safely Kept was retired following a victory in the Meadowlands Budweiser Breeders’ Cup-G3 in October 1991 during which she injured her right front ankle. As a broodmare, she is the dam of eight winners from eight starters, including stakes winners Peace Chant and Contrast.

Safely Kept was inducted in the National Racing Hall of Fame in 2011.

She resided as a pensioner at Lyn Burleson's Burleson Farms near Midway, Ky., until April 22, 2014, when she was euthanized at age 28, due to the infirmities of old age.