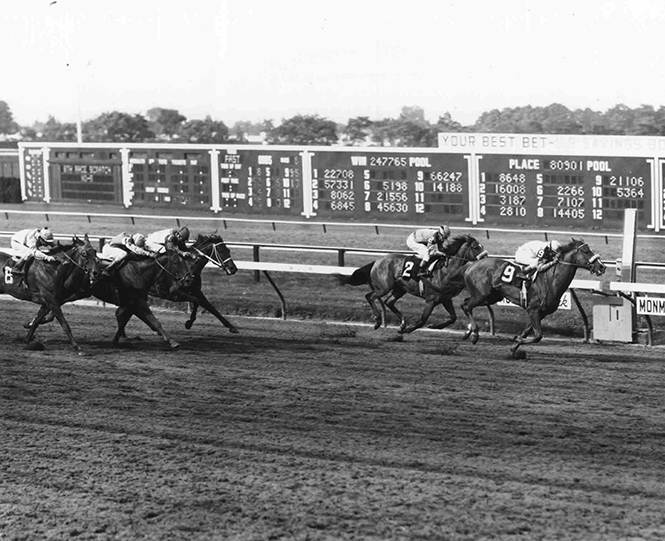 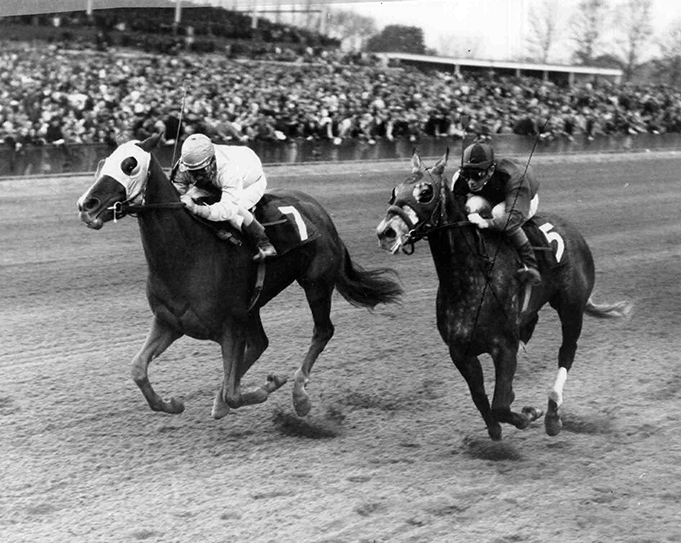 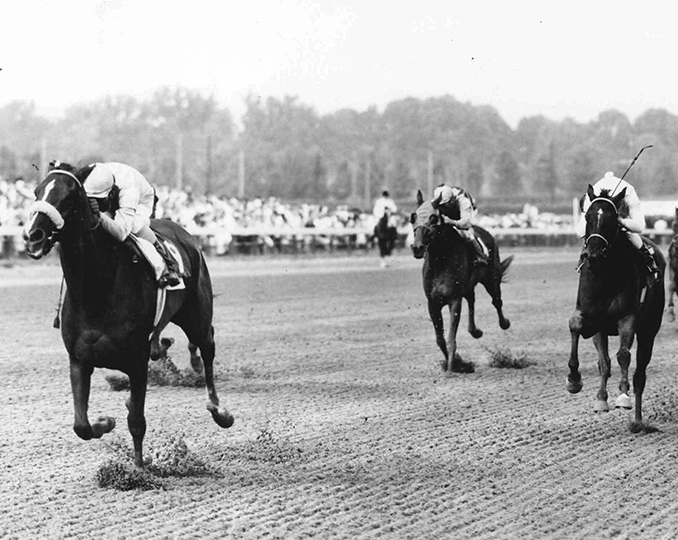 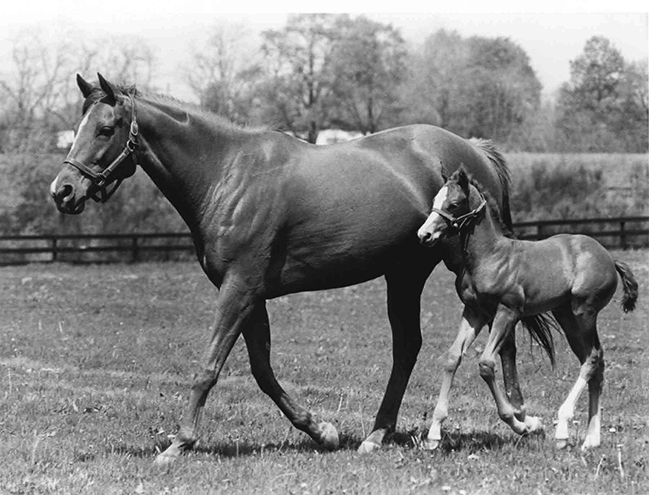 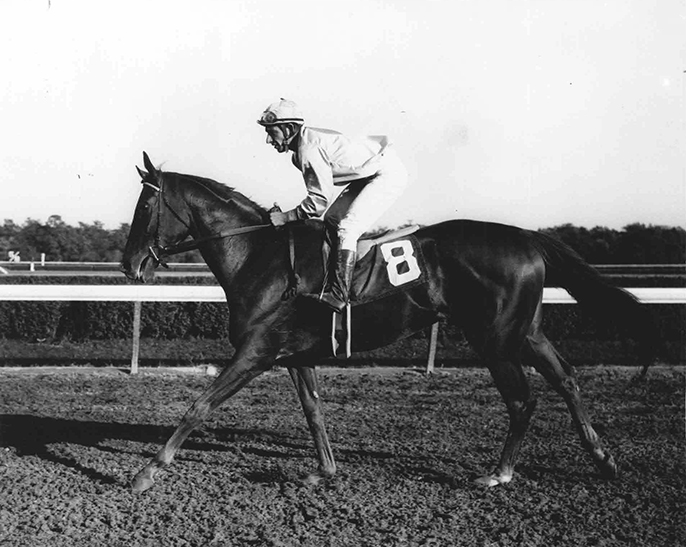 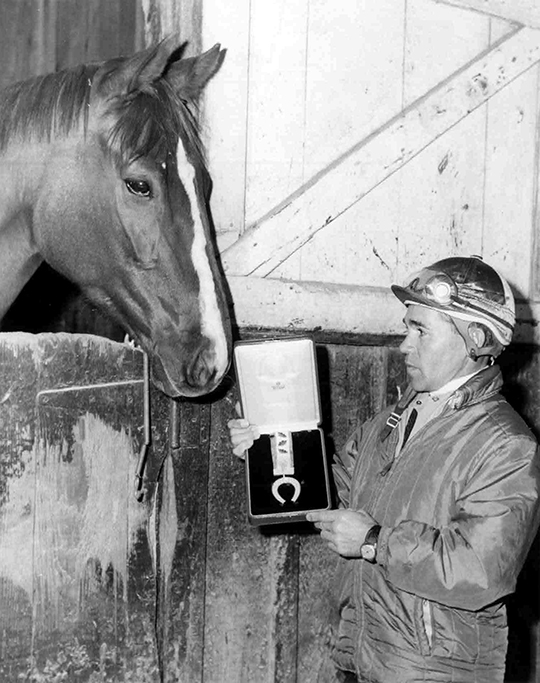 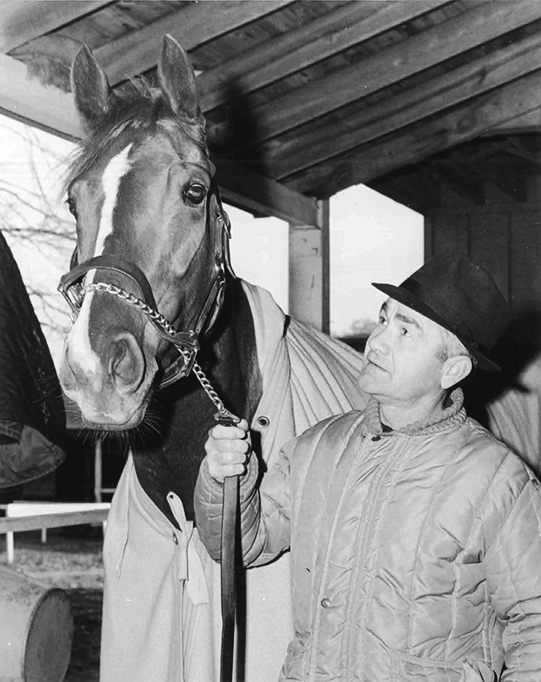 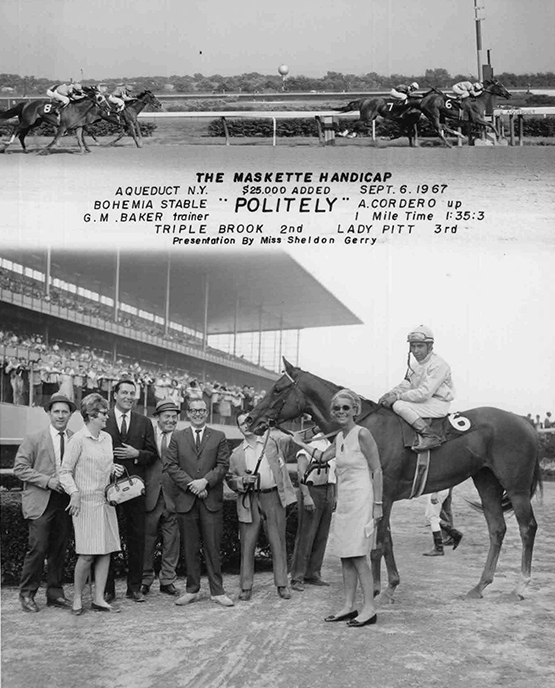 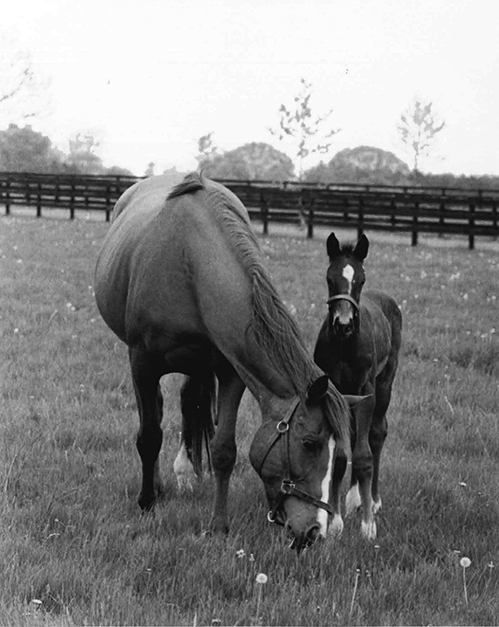 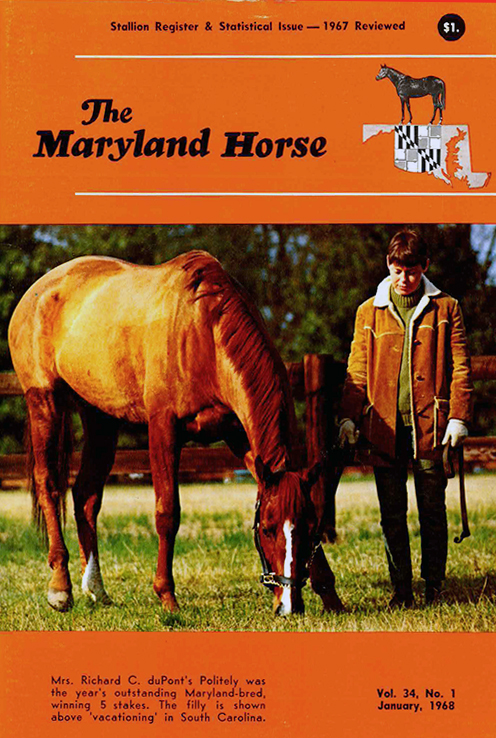 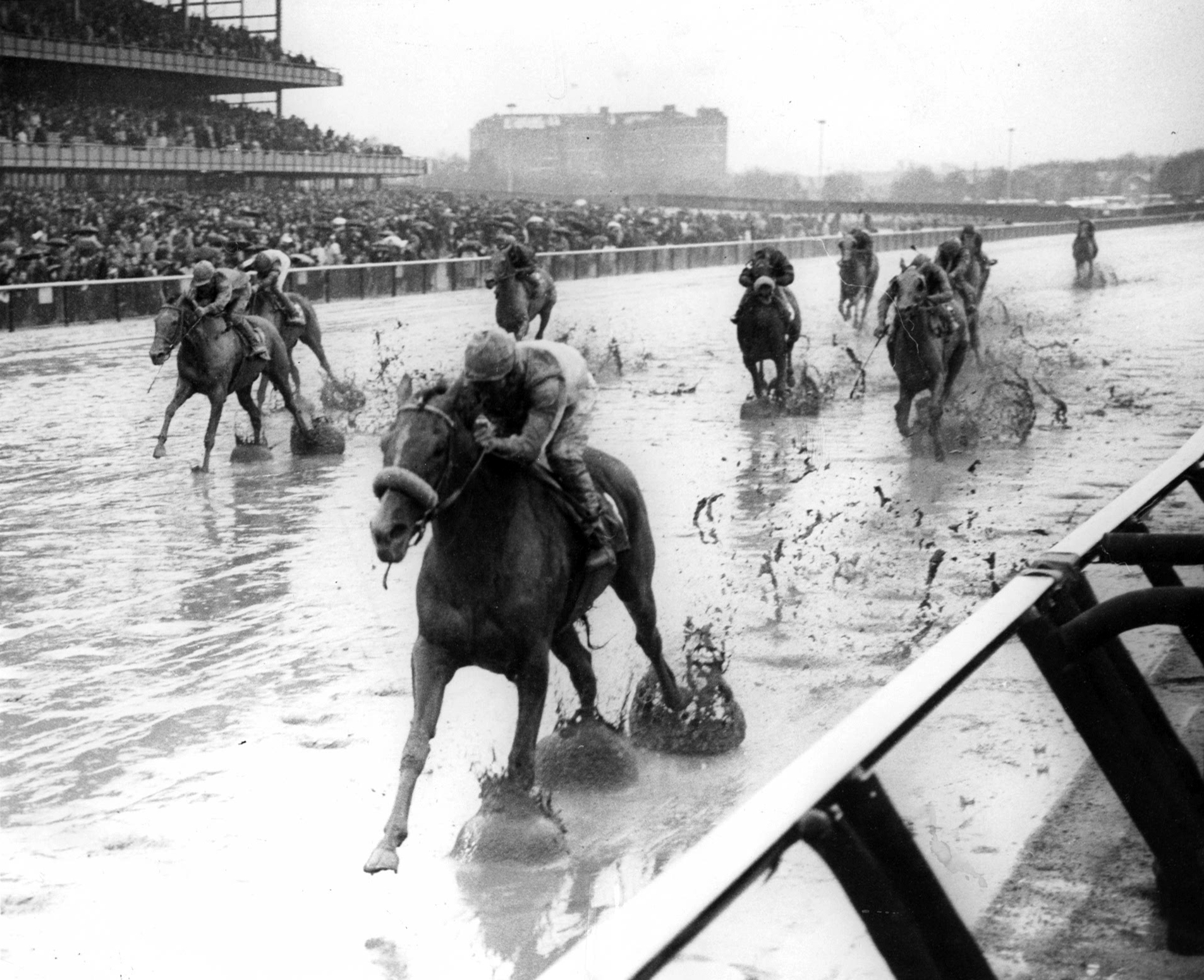 The first horse to be named Maryland-bred Horse of the Year twice (in 1967 and 1968), Politely was a dominant force in the handicap mare division which resulted in 13 stakes wins and earnings of $552,972, which at the time of her retirement in 1968 was the fifth-highest for any filly or mare in history.

Bred by Allaire duPont and raced in the colors of duPont’s Bohemia Stable, Politely competed from 2 to 5, but didn’t really show her true talent until late in her 3-year-old season, getting her first stakes victory that November in the Princeton Handicap at Garden State.

The next year, she was ranked the second-best mare in the country (behind Straight Deal) after victories in the Matchmaker Stakes at Atlantic City (in track record time of 1:55.20), three handicaps at Aqueduct (Maskette, New York and Firenze) and the Molly Pitcher Handicap at Monmouth Park.

Her finest season came with her campaign at 5 in 1968. She repeated in the Matchmaker (equaling her track record), Molly Pitcher and Firenze Handicaps, the latter under an impost of 131 pounds. She also added to her record with victories in the Delaware Handicap and three other stakes. In that year’s Beldame Stakes at Aqueduct, she and Gamely battled for divisional honors, with Gamely getting the victory by a nose. Thus Politely just missed national honors once again.

Her record for the year was so impressive, however, that she earned the Maryland-bred Horse of the Year title over the likes of Dancer’s Image, who had finished first in that year’s Kentucky Derby. She retired with a record of 21 wins in 49 starts, with nine seconds and five thirds.

A daughter of *Amerigo out of Morn Again, by Sun Again, Politely was foaled at Woodstock Farm in Chesapeake City. She retired as a broodmare to her place of birth and became a wonderful producer. Her stakes-winning sons, Northerly and Salutely, both became stakes sires, and her daughters produced the likes of Grade 1 Selima winner Minstrel’s Lassie, multiple graded stakes winner Polite Rebuff and graded stakes winner It’s Fine. Politely died in 1987 at age 24 at Woodstock.