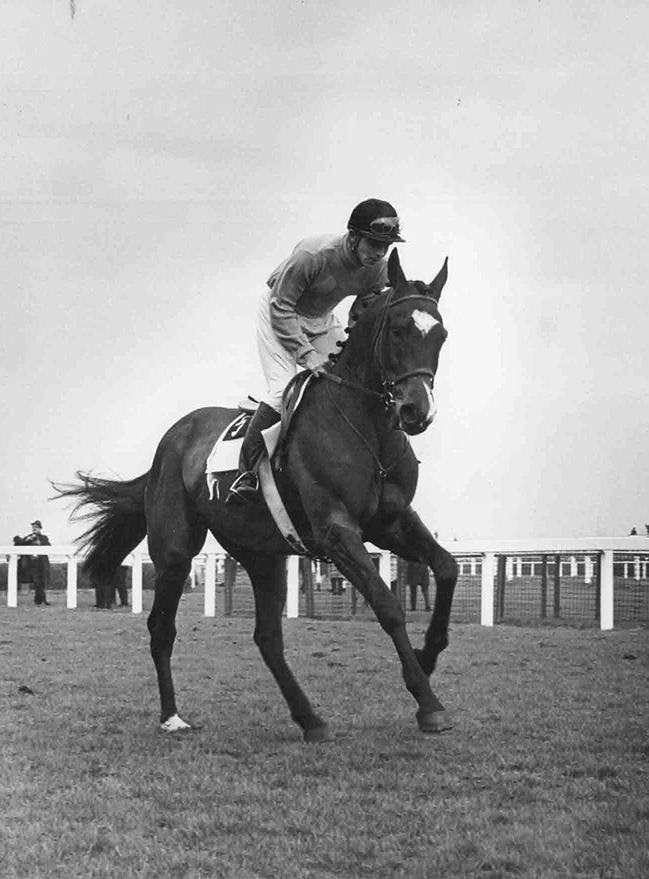 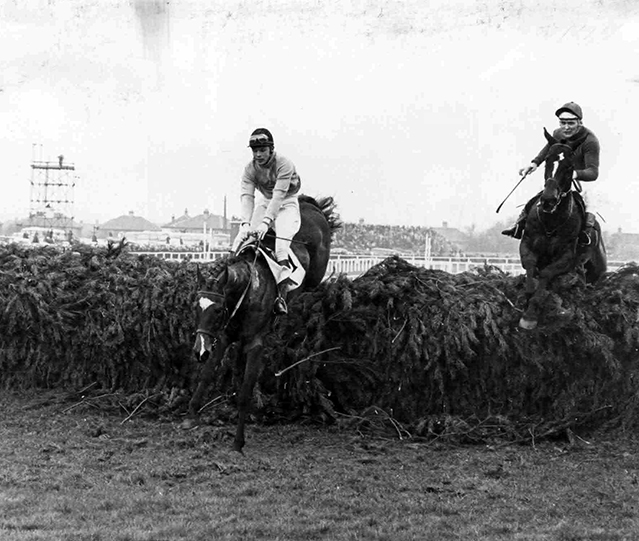 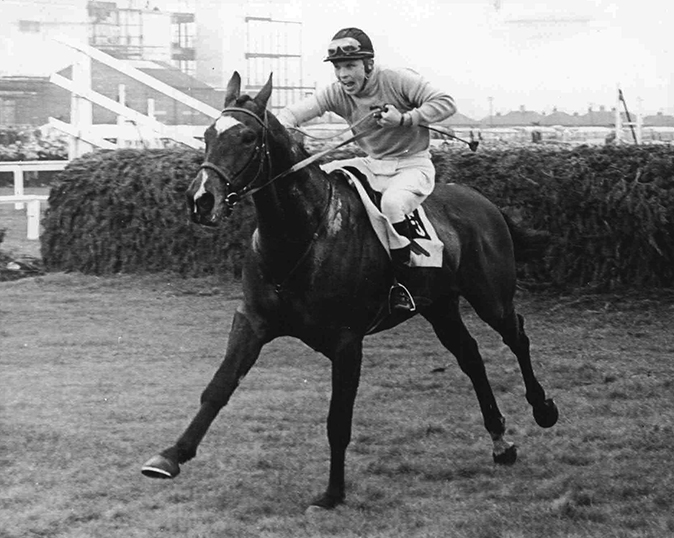 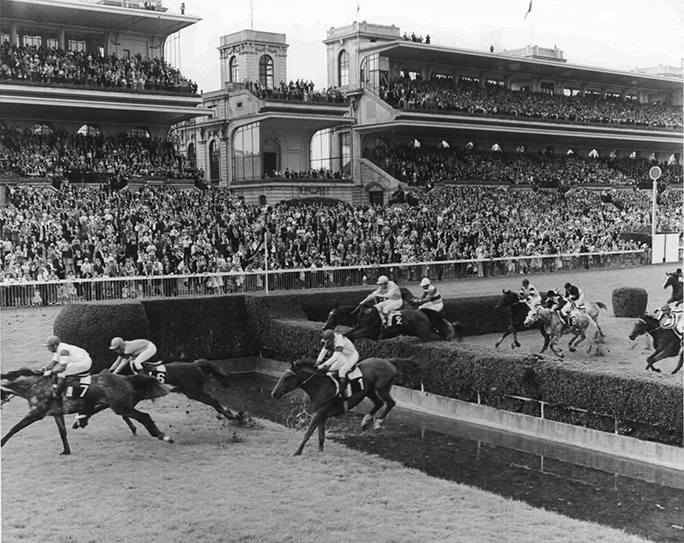 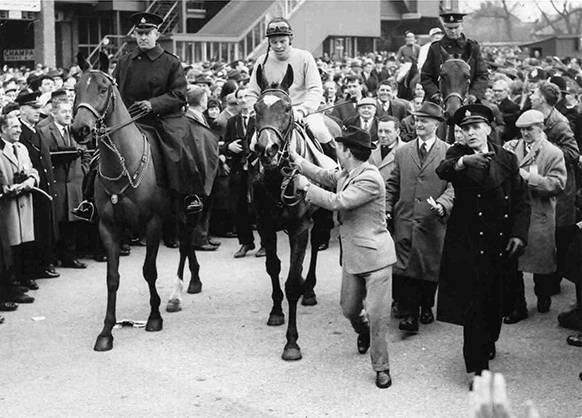 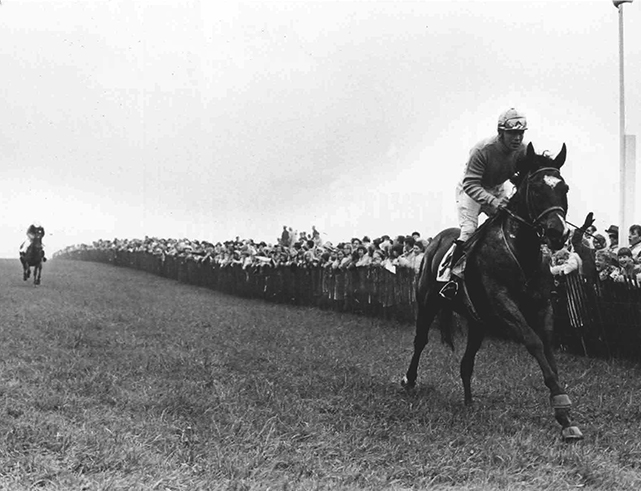 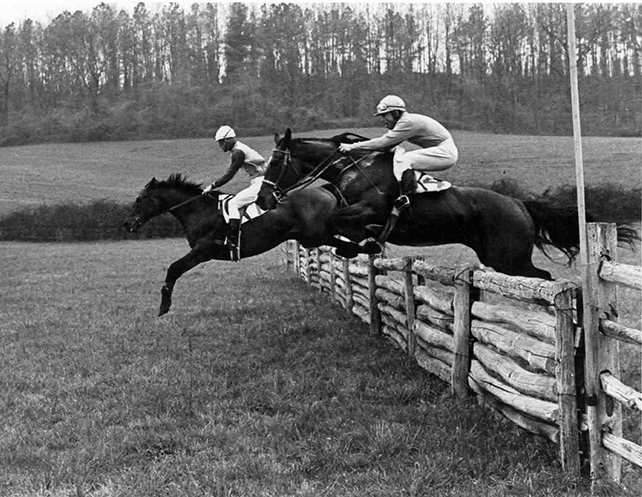 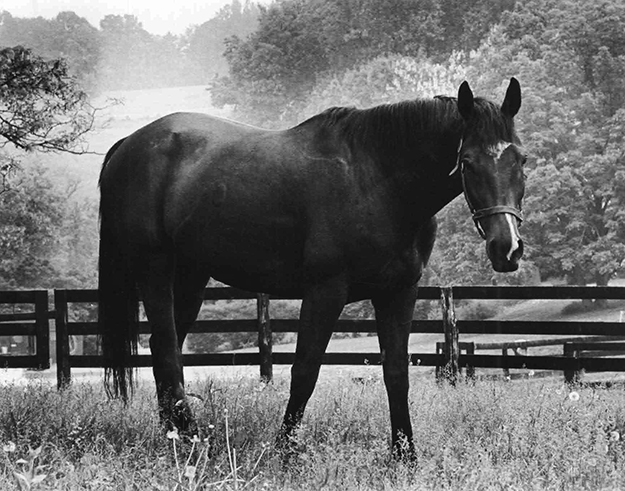 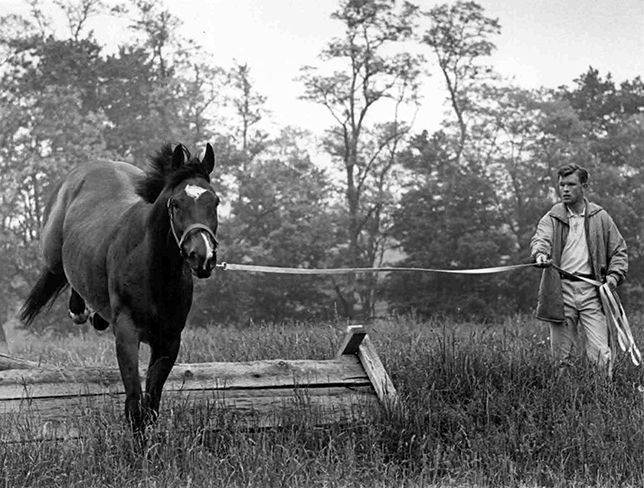 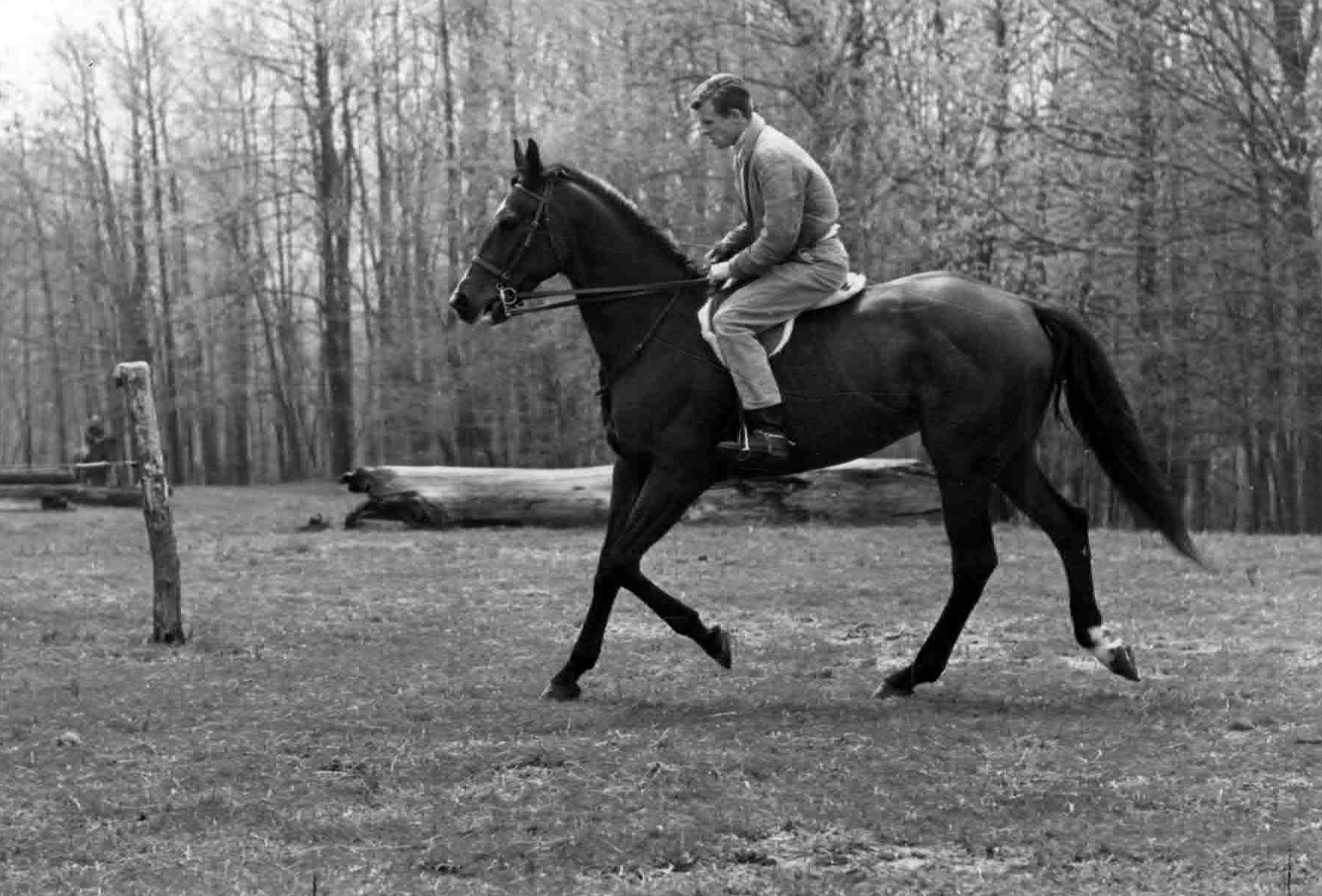 From humble beginnings to world acclaim, Jay Trump took owner Mrs. Mary C. Stephenson and his manager and rider Crompton “Tommy” Smith on a ride of a lifetime.

The mighty bay, the product of obscure parents and a failure on the flat while running at the lowest levels at Charles Town, won the greatest streeplechase race in the world, the English Grand National at Aintree, and retired the challenge cup for winning the Maryland Hunt Cup three times. He received the ultimate honor when inducted into the National Racing Hall of Fame in 1971.

Jay Trump was born in 1957 out of a mare who was purchased by Jay Sensenich for $50. Be Trump had some promise as a broodmare, being by *Bernborough out of a *Challenger II mare, but showed nothing as a race horse, was not very attractive, plus had a bad temperament. When Sensenich was to ship her from his Pennsylvania farm to breed her in 1956, she wouldn’t load on the trailer, so he bred her to Tonga Prince, a horse at his farm who was a layup off the track at Charles Town. (Tonga Prince eventually went back to run in $1,500 claimers, and when later retired to stud sired a total of 40 other foals).

The next spring, Sensenich did get Be Trump loaded and shipped her to Samuel Pistorio’s farm in Ellicott City, Md., to foal and be bred back to Golden Bull, who was standing there at the time. Jay Trump was only in Maryland for a short time early in his life, but became a legend while racing in the state over the next decade.

Smith was searching Charles Town for jumping prospects in 1960, and Jay Trump was one of two he was able to purchase. He gave Sensenich $2,000 for the big colt on Stephenson’s behalf, immediately had Jay Trump gelded and took him to Bobby Fenwick’s Warburton Farm in Maryland’s Western Run Valley. Smith, who lived on the farm, schooled the young prospect and had him ready to compete in 1962.

Jay Trump learned quickly. By the end of his 5-year-old season, he won two sanctioned races, including the Radnor Hunt Cup. The next spring he finished a close second to nemesis Mountain Dew in the Grand National at Butler, then broke the course record when defeating Mountain Dew in the Maryland Hunt Cup, getting over the four-mile course in 8:42.20. His bold jumping style had his connections thinking Aintree.

In 1964, Jay Trump moved to Mikey Smithwick’s yard after a disagreement between Stephenson and Fenwick. Smith rode Jay Trump to victories in the My Lady’s Manor in Monkton, the Grand National in Butler and the Maryland Hunt Cup – the timber Triple Crown (note that these races did not have purses at the time, as competitors ran for a winning cup).

Jay Trump was flown to England in the summer of 1964 and sent to trainer Fred Winter’s yard to prepare for the English Grand National. In 1965, Jay Trump became the first American-bred, owned and ridden horse to win the great race. He shipped to France and finished third in the Grand Steeplechase de Paris at Auteuil before returning for a final U.S. campaign in 1966.

Jay Trump completed his career with a third victory in the My Lady’s Manor, finished second to Mountain Dew in the Grand National, then ran a tour-de-force to take his third Maryland Hunt Cup at the expense of Mountain Dew (who was also a three-time winner of the race, in 1962, 1965 and 1967). Jay Trump won the 1966 Hunt Cup by eight lengths and was promptly retired to his owner’s farm near Cincinnati, Ohio. After his death in 1988, he was buried at the finish line of the Kentucky Horse Park's steeplechase course near Lexington, Ky.