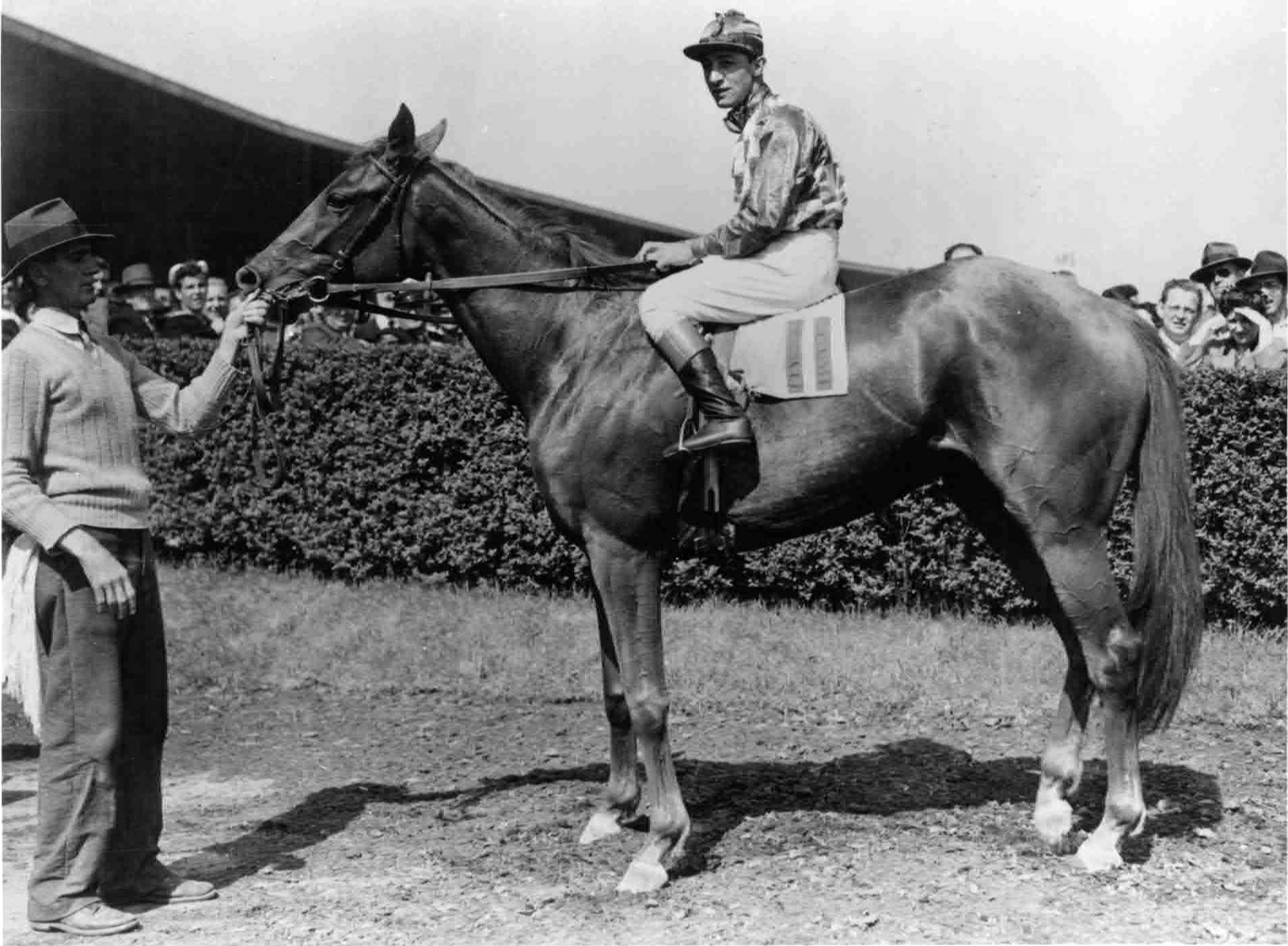 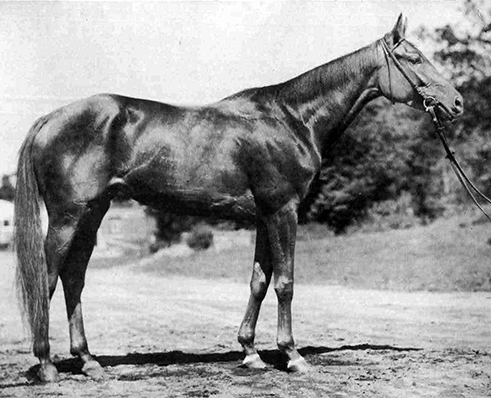 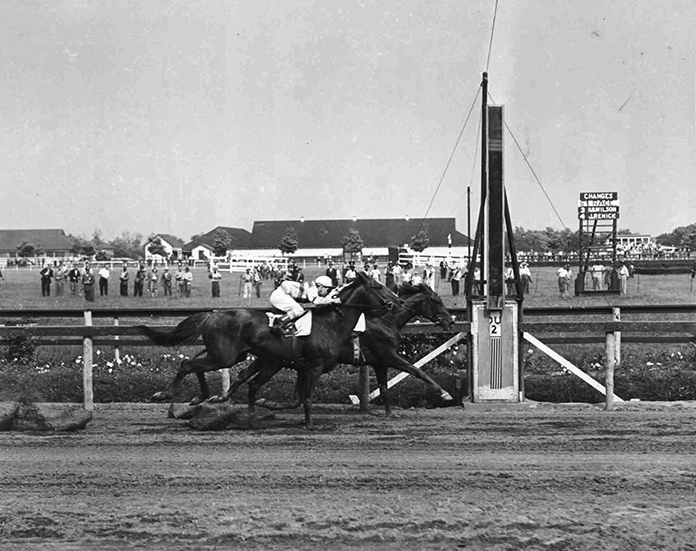 Considered one of the greatest racemares in history, Gallorette was a major force in the handicap ranks during the 1940s. When the chestnut mare retired after the 1948 season, she was the world’s leading money-winning mare, had been a divisional champion, and faced the best male runners to do it.

Bred by Hall of Fame trainer Preston M. Burch, Gallorette was raced by William L. Brann, who campaigned homebred two-time Horse of the Year Challedon. The pedigree of Gallorette was quite similar to Challedon – both being by Brann’s stallion *Challenger II out of a *Sir Gallahad III mare. To get the cross, Brann entered into a foal-sharing agreement with Burch – Brann supplied the sire, Burch provided the mare, Gallette. The partners agreed to alternate ownership of the foals. Gallorette, the first foal from the arrangement, was born at Glade Valley Farm (the former Branncastle Farm) near Frederick in 1942, and went to Brann.

Trained her entire career by Edward A. Christmas, Gallorette raced exclusively in Maryland at 2, making three starts in September, three in October, and two in November. She never finished worse than third and was stakes-placed in the Maryland Futurity and Selima, the latter to that year’s champion 2-year-old filly and the next year’s Horse of the Year, Busher.

Regularly facing the boys, Gallorette made her first start at 3 in an allowance at Jamaica and won handily over a field that included eventual Kentucky Derby winner Hoop Jr. Next out, she finished second to Jeep in the Wood Memorial.

Gallorette dominated fillies that year, winning the Acorn, Pimlico Oaks and Delaware Oaks during the month of June, but more often faced males. She beat fellow sophomore, Belmont Stakes winner Pavot, in Jamaica’s Empire City Stakes that July, which prompted writers of the American Racing Manual to proclaim: “Gallorette becomes the queen of the Eastern 3-year-olds as she drives home three-quarters of a length ahead. . .” And within short order, she was facing older males such as Stymie and Armed – in the final start of her season, she was fourth behind winner Armed, track record setter First Fiddle and Stymie in the Pimlico Special.

From then on, Gallorette was a dominant presence in the handicap ranks. A total of 51 of her 64 lifetime starts came against males. When she defeated Stymie in the Brooklyn Handicap of 1946, it was only the third time in 58 runnings that a mare had accomplished the feat. She won that season’s Metropolitan Handicap over 13 others, as well as the Bay Shore Handicap in which the previous year’s Preakness winner Polynesian was third. She made 18 starts for the year, defeated fillies and mares in the Beldame Handicap, and was the overwhelming choice as the nation’s champion handicap mare.

Gallorette remained just as busy the next two seasons, but was often hampered by weights assigned by handicappers, although she did defeat Stymie by a neck in the Queens County Handicap, won the Wilson Stakes at Saratoga in track record time of 1:35.40, slicing nearly a second off the previous mark for a mile, and toted 128 pounds to victory at Jamaica in a handicap against fillies and mares (giving 20 pounds to the runnerup). At 6, she won Saratoga’s mile and a quarter Whitney Stakes and another edition of the Wilson, as well as the seven-furlong Carter Handicap at Aqueduct. And she missed taking the Brooklyn a second time, giving winning mare Conniver five pounds while falling shy by a head. Stymie was three lengths back in third.

Brann sold Gallorette late in the 1948 season to Mrs. Marie A. Moore, who soon retired the mare to her broodmare band in Virginia. Gallorette's best foal to race was her first, Mlle. Lorette, who set a track record at Pimlico while winning the 1954 Gallorette Stakes.

Gallorette had amassed a world record $445,535 over her four seasons to race, and won or placed in 40 stakes. In a poll conducted at Delaware Park in 1955 with members of the American Trainers Assocation, she was voted the best race filly in the history of the American turf. In 1962, Gallorette became the fourth filly or mare inducted into the National Racing Hall of Fame and made it in before her contemporaries Armed, Assault, Busher and Stymie.