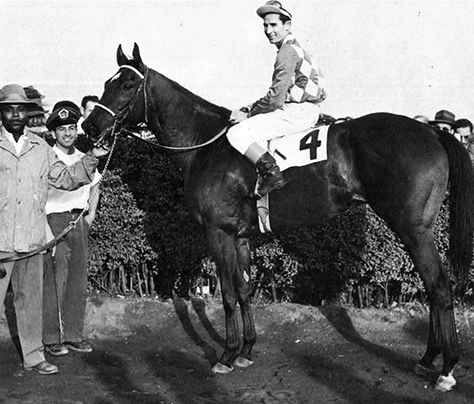 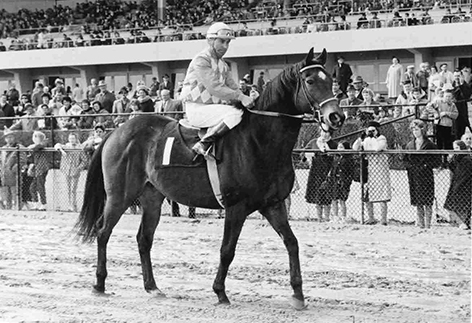 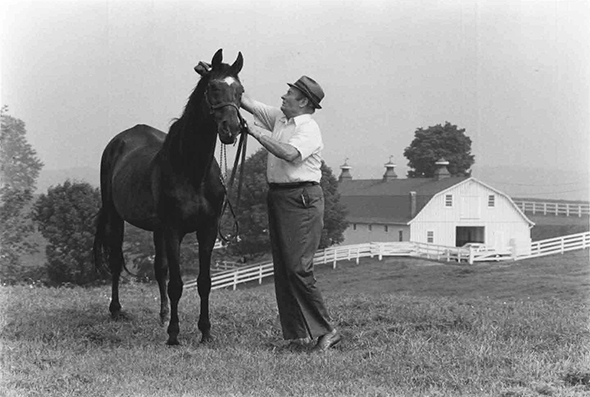 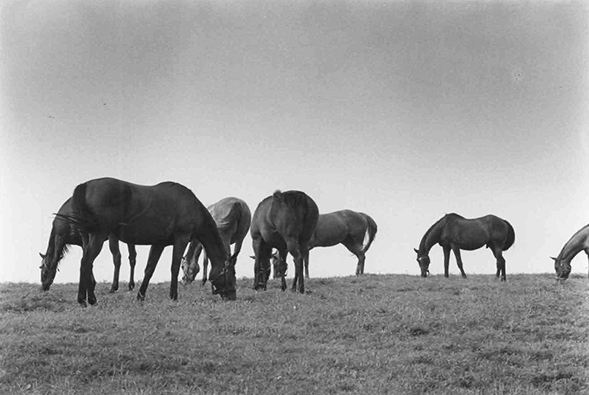 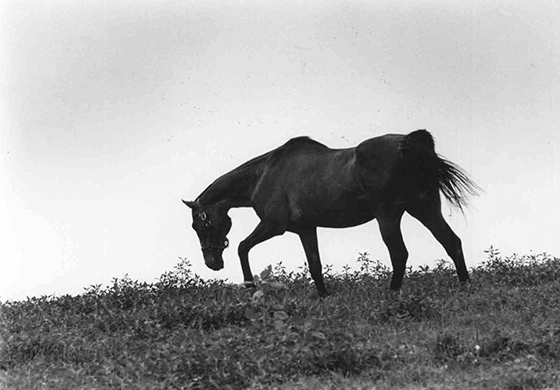 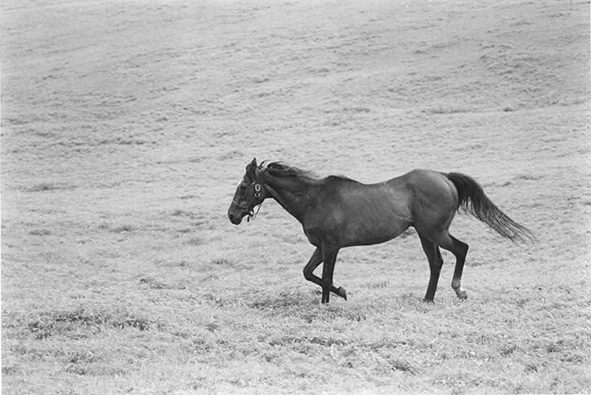 Find came along in one of the most remarkable foal crops for a breeder in racing history, and more than held his own. The Alfred Vanderbilt-bred, foaled at Sagamore Farm in Glyndon, Md., in 1950, joined future Vanderbilt-bred stakes winners Native Dancer (who was foaled in Kentucky), Social Outcast, Home-Made, Crash Dive and Femme Fatale in the training barn in the spring of 1952.

Find wouldn’t start until his 3-year-old season, but the gelded son of famed Sagamore Farm stallion Discovery remained at the track far longer than the others. Racing through age 11, he started 110 times, won 22, with 27 seconds and 27 thirds. And every year he was a stakes performer. When Find retired in 1961 with earnings of $803,615, he was the second richest gelding of all time (behind Armed), was Maryland’s all-time leading money winner (a distinction he held until 1982) and had won or placed in 51 stakes.

During the season of 1953, Find helped push the Vanderbilt stable over the $1 million mark in seasonal earnings by winning three consecutive stakes – the Empire City and Grey Lag Handicaps and the Ohio Derby, the latter in track record time. Soon trainer W.C. Winfrey had him headed to the West Coast, and the gelding proved up to the task, winning the San Carlos Handicap at Santa Anita in a thriller over Hill Gail in his first start of 1954. Returned to New York, Find added Jamaica’s Excelsior Handicap and Aqueduct's Queens County Handicaps and placed in four other stakes, including a second in the Brooklyn Handicap.

The mighty gelding had his best seasons at 6 and 7. In 34 starts spread over those two years, he won or placed in 27 stakes at 15 tracks from coast to coast. His richest year was 1957, in which he spent the first half in California before returning closer to home. Opening the Hollywood Park meet with a victory in the six-furlong Premiere Handicap, he closed it stretching out to a mile and five-eighths to win the Sunset Handicap. In between were scores in the Inglewood and American Handicaps, and thirds in the Californian Stakes and Hollywood Gold Cup and Argonaut Handicaps. He shipped into Atlantic City that September for the United Nations and finished third behind Round Table, was third in the Hawthorne Gold Cup in October, and followed two weeks later with a third in Woodbine’s Canadian Championship Stakes. When he concluded the year at Jamaica with an off-the-board finish  in the Gallant Fox Stakes, it was the first time he was unplaced in 21 straight races. He ranked among the best handicap horses of the year.

The travel would continue over the next four seasons, and while Find failed to win another stakes, he continued to prove tough as hickory. In 1959, at age 9, he was second in the Hollywood Gold Cup and American Handicaps and just missed in the San Diego and Del Mar Handicaps at Del Mar to far younger competitors.

Find retired to the place of his birth in 1961 and lived out his days as a companion for the farm’s barren and maiden mares up until his death in 1979 at the age of 29.