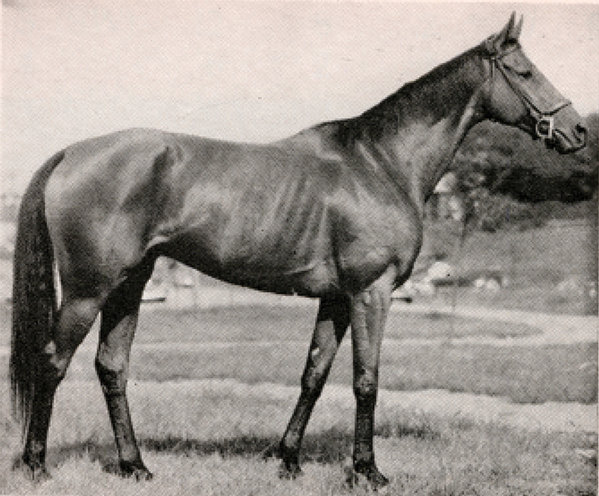 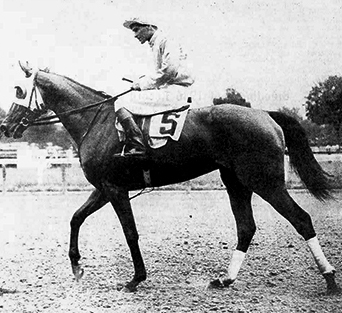 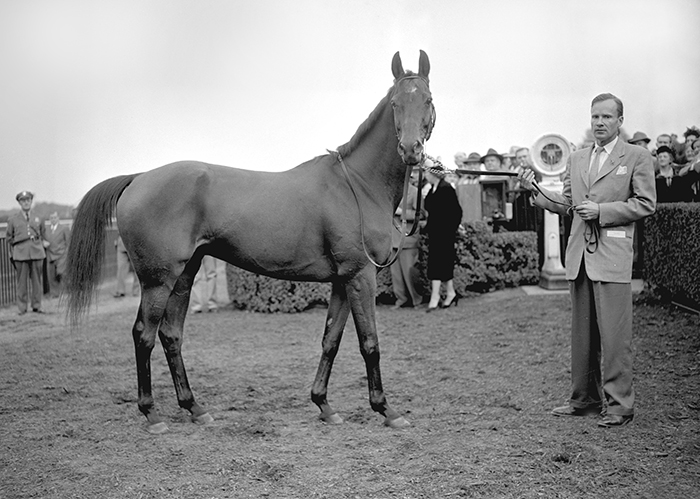 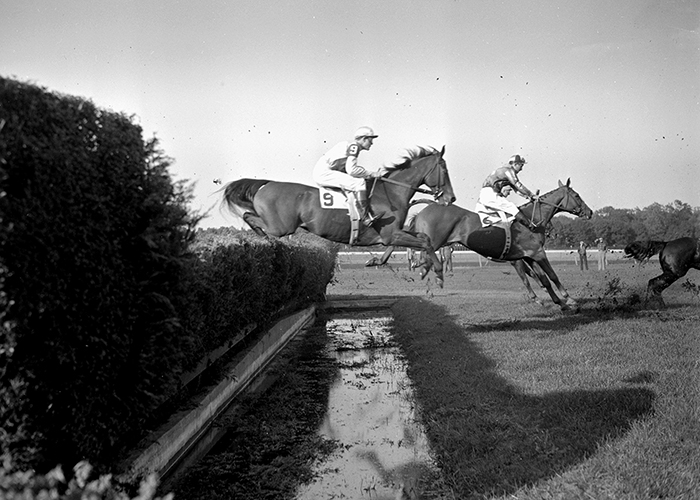 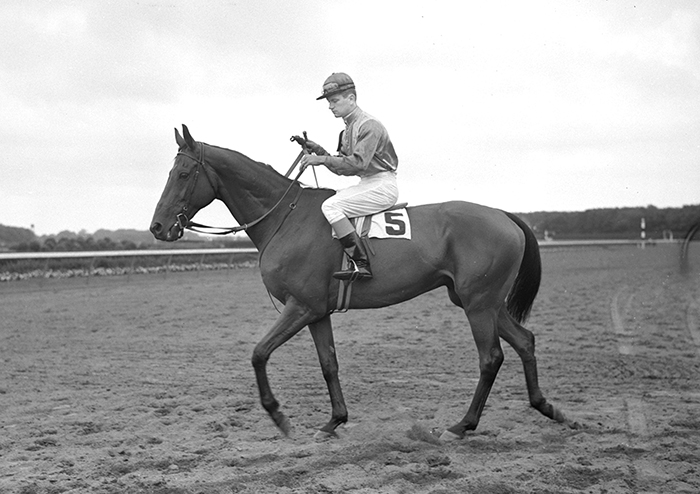 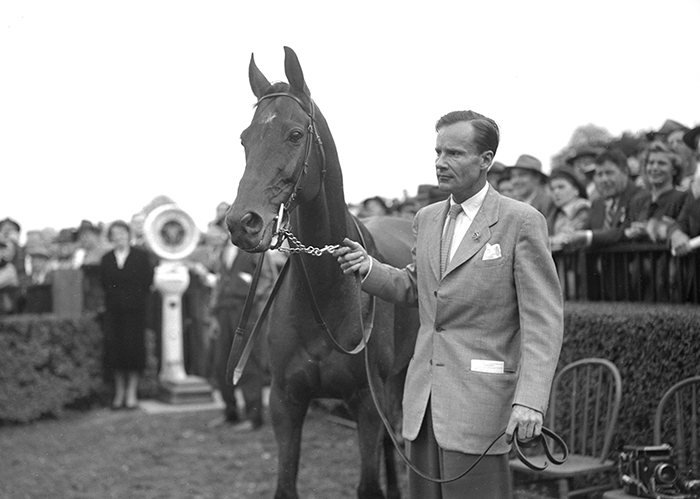 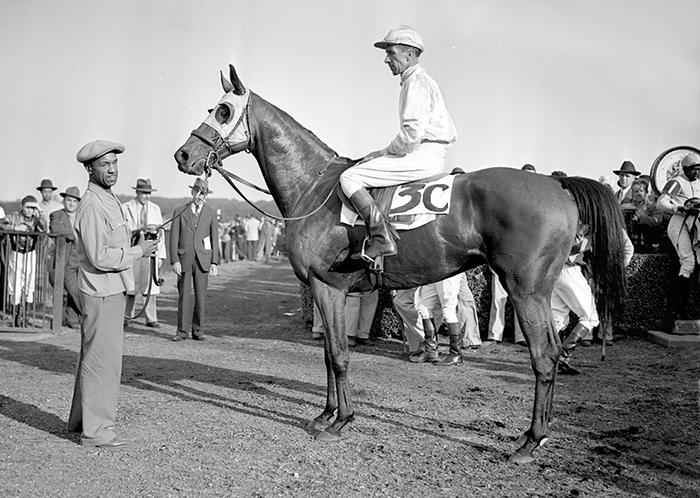 The greatest stakes-winning Maryland-bred of all time, Elkridge, inducted in 1966 into the National Museum of Racing's Hall of Fame, was one of the finest steeplechase horses this country has ever known.

The leading steeplechaser nationally in money earned throughout most of the 1940s and 1950s (his world record total of $230,680 was surpassed by Neji in 1958), Elkridge raced through the age of 13. He fell only once in 123 starts (and that due to a piece of brush catching his girth), and rose to some 1,800 barriers. His 31 victories included 27 in stakes. He finished second or third in another 33 races, 32 being stakes.

Bred by Joseph Flanagan and foaled at Country Life Farm in Bel Air, Md., Elkridge was sold as a weanling to Major Tommy Hitchcock Jr., who for a half-century was recognized as America's most astute developer of steeplechasers. Elkridge made his debut as a 3-year-old at Belmont Park, winning by seven lengths, his only start that year. Major Hitchcock subsequently died, and his horses were dispersed in an auction at Pimlico. Kent Miller purchased Elkridge out of that sale for $7,000.

The following season as a 4-year-old under Miller's care, Elkridge gained recognition as the champion steeplechaser in the country when he won the Indian River Steeplechase for the first time, plus five additional stakes - the North American, Broad Hollow, Battleship, Gov. Ogle and Manly Steeplechases. He went on to win many of the same events until his retirement, including four more runnings of Delaware Park's Indian River (the 1949 running in course record time), and twice carried 161 pounds to victory (and was burdened with as much as 167 pounds). He earned a second title as champion steeplechaser in 1946.

Elkridge, according to Mr. Miller, was never happy unless he was at the race track. Retired to the farm after his distinguished career ended in 1951, he went off his feed, lost weight and became listless. Miller brought the gelding back to the tracks as a stable pony, and the humble job restored the former champion's good spirits. The gallant gelding died in 1961 at age 23.