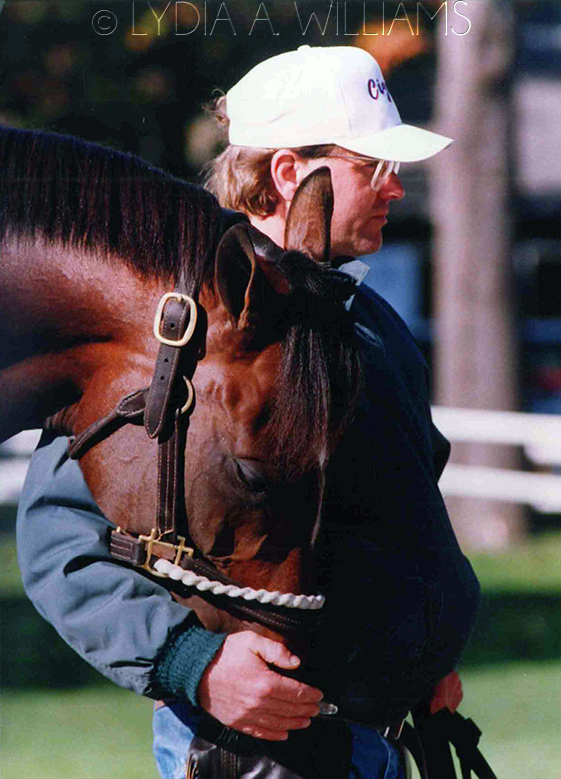 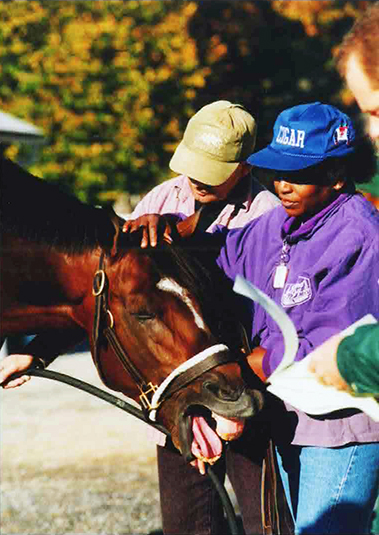 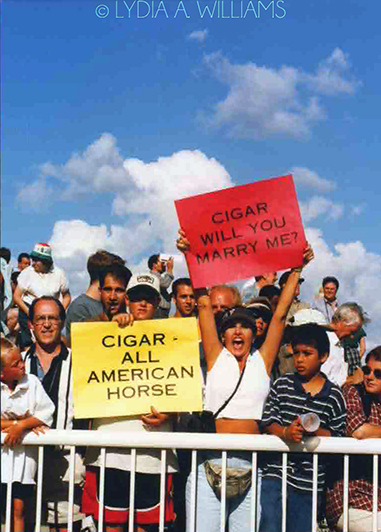 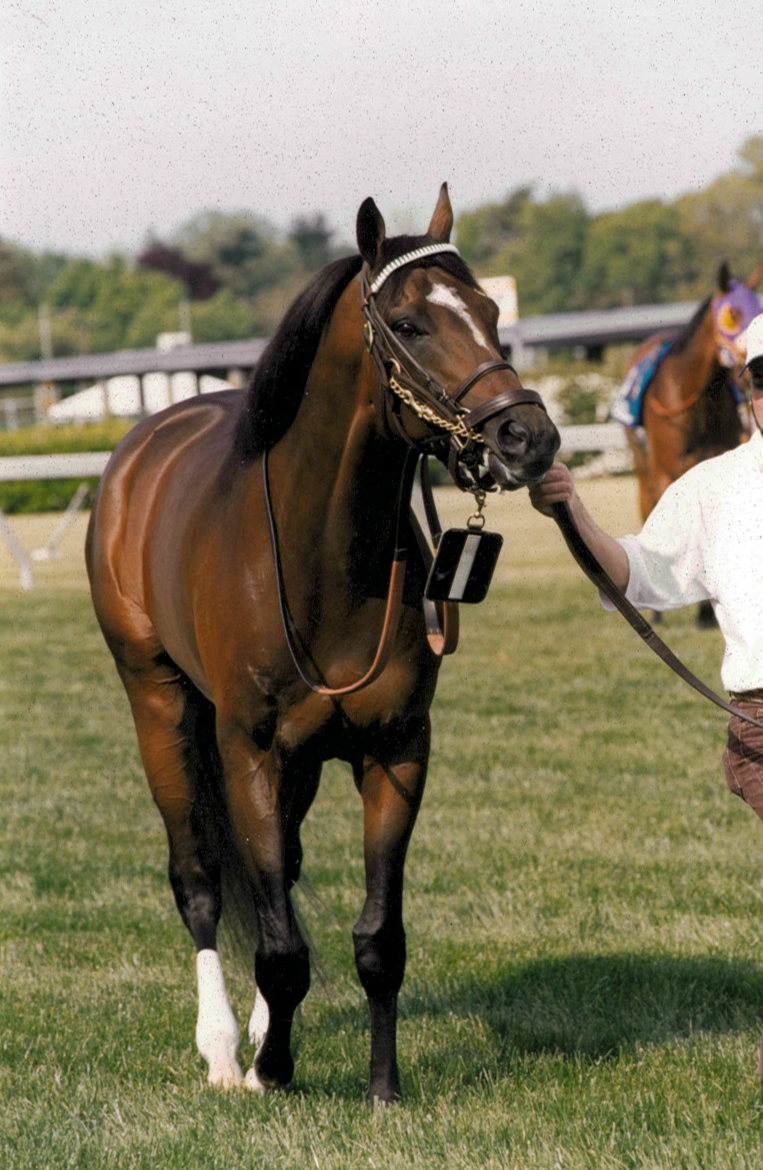 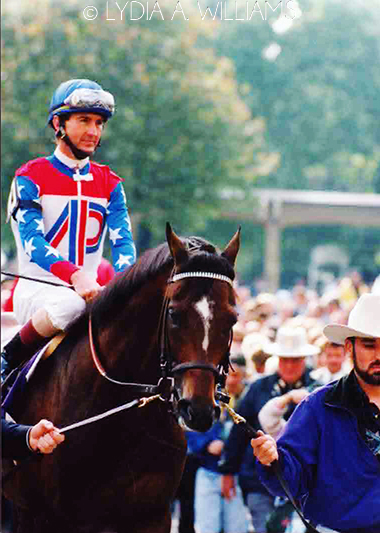 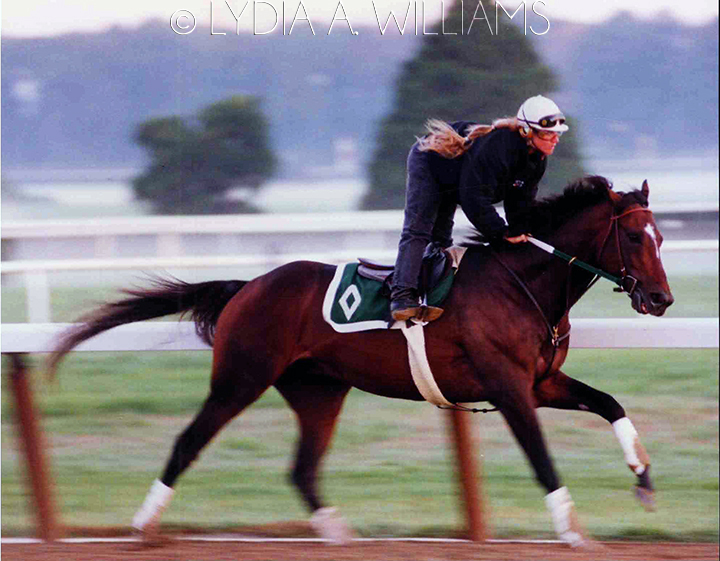 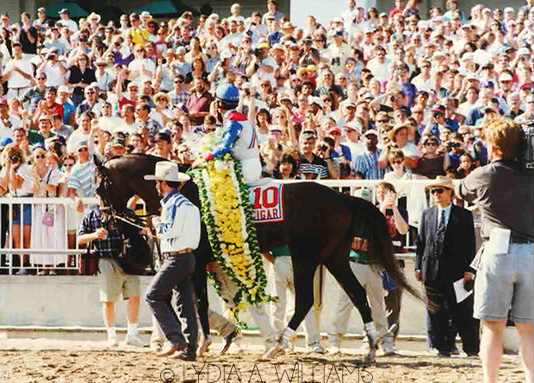 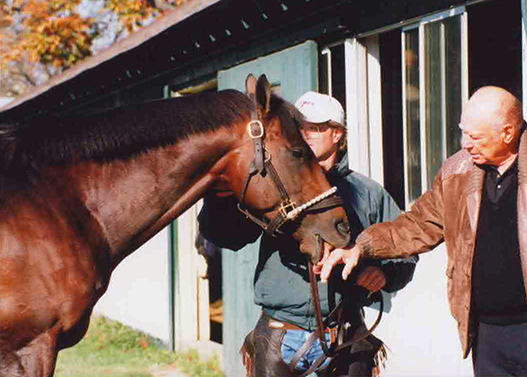 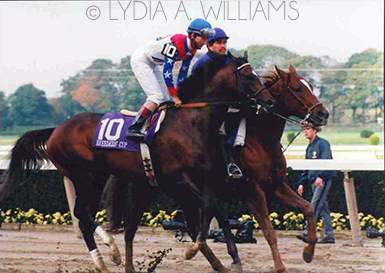 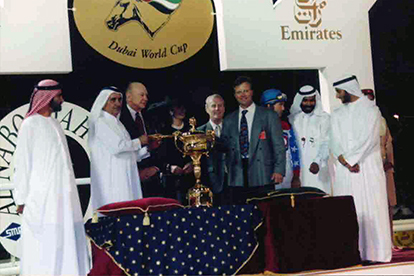 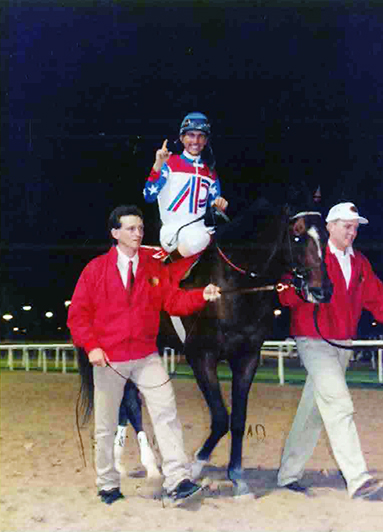 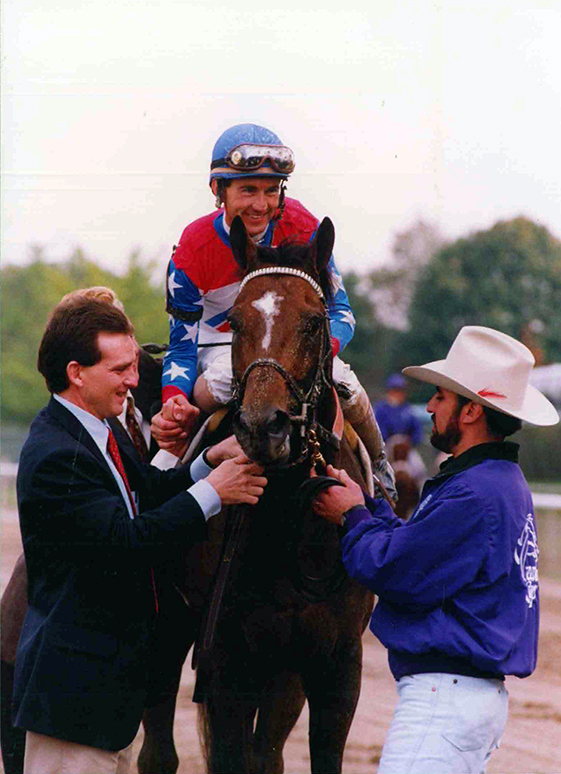 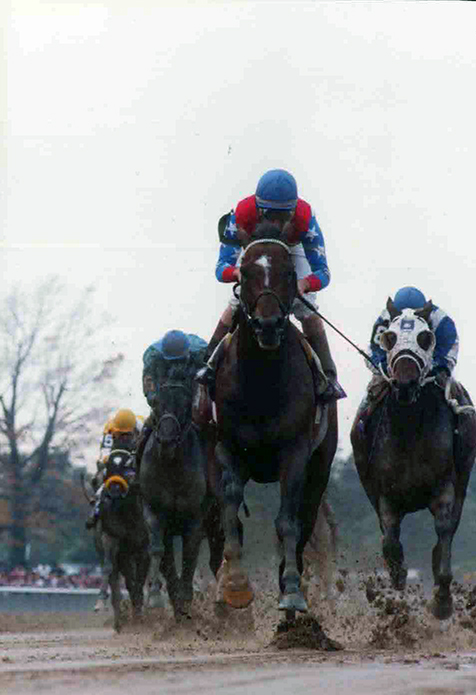 No Maryland-bred has ever accomplished more than Cigar. The Allen Paulson homebred, foaled at Country Life Farm in Bel Air, Md., in 1990, is one of only two Maryland-breds ever to be named the nation’s Horse of the Year. The other was Challedon, who reigned in 1939 and ’40.

A standout even among those who have been accorded the nation’s highest honor, Cigar became the first undefeated Horse of the Year since Spectacular Bid 15 years earlier after his magical season of 1995. A perfect 10-for 10, racing from coast-to-coast, he captured eight Grade 1 stakes, including the Pimlico Special, Jockey Club Gold Cup and Hollywood Gold Cup, and concluded his year with a dominating score in the Grade 1 Breeders’ Cup Classic at Belmont Park. He set a single-season earnings mark of $4,819,800 and earned world-wide respect. Europe’s International Classifications were extended for the first time to include North American runners, and the Maryland-bred was assigned top weight of 132 pounds.

Named for an aviation checkpoint in the Gulf of Mexico, Cigar soon was flying off to uncharted lands. After Cigar’s second consecutive win in the Grade 1 Donn Handicap (in which he toted 128 pounds), Paulson and trainer Bill Mott stepped up to the challenge to ship to Dubai for the first running of the $4 million Dubai World Cup at Nad Al Sheba Racecourse, which offered the richest purse in racing history.

Cigar made national headlines, was a topic on the nightly news, and added to his legend with his gritty stretch run in the desert that March evening. And the Dubai World Cup extended Cigar’s win streak to 14 straight, dating back to October 1994.

Back on U.S. soil, Cigar began a national tour to attempt to match Triple Crown winner Citation’s 16-race win streak accomplished nearly 50 years earlier. In his next two starts, special attractions in Boston (the Massachusetts Handicap at Suffolk) and Chicago (Arlington Citation Challenge at Arlington Park), Cigar was saddled with the greatest imposts of his career. Carrying 130 pounds in each, he strolled home with two more wins on his belt.

The streak ended at Del Mar in the Pacific Classic-G1, in which he faded to second in the final quarter after being pushed through an opening mile in 1:33.66. His final three starts were a second consecutive score in the Grade 1 Woodward Stakes (by four lengths), a loss by a head to rising star Skip Away (in receipt of five pounds) in the Jockey Club Gold Cup-G1, and a three-way photo finish in the Breeders’ Cup Classic-G1 at Woodbine. Cigar earned in excess of $4 million for a second straight year and retired as the richest runner in Thoroughbred racing history, with $9,999,815. He was awarded his second golden Eclipse Award as Horse of the Year.

A son of turf runner Palace Music, Cigar proved average on the turf, but blossomed on the main track. In 11 starts on the grass, he won once. In 22 starts on the dirt, he won 18 – 15 stakes, 12 Grade 1s. The horse of the people, Cigar made his farewell appearance in a special event at the National Horse Show at Madison Square Garden in New York City in November 1996. Cigar was inducted into the National Hall of Fame the first year he was eligible, in 2002.

Cigar entered stud at Ashford Stud in Kentucky to great fanfare in 1997, but soon proved to be infertile. After attempts by reproductive specialists failed, Cigar was retired to the Kentucky Horse Park near Lexington in 1999, where he was visited daily by fans from around the world. Cigar died on Oct. 7, 2014, at age 24 from complications following surgery to relieve spinal cord compression in the lower part of his neck.